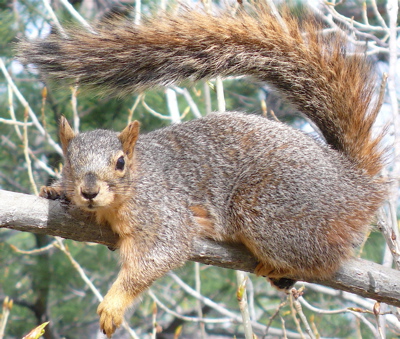 My Neighbor
In Boulder, Colorado


So far I have written 278 articles for Health Central about all aspects of diabetes. In May this leading website published nine more of my new diabetes articles: 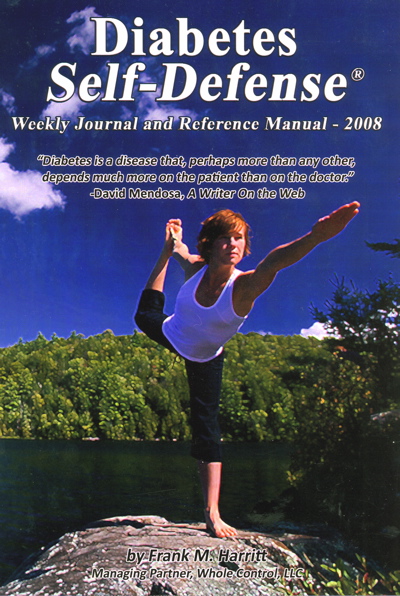 Diabetes Self-Defense
Frank Harritt, who has controlled his diabetes so well for more than 20 years that he has no complications, offers his new book as a tool for us to defend ourselves against the short and long-term complications of diabetes. A combination of a book and logbook, Diabetes Self-Defense, provides weekly educational modules with daily tracking forms. Frank is the managing partner of Whole Control in Denver, which offers the low-glycemic Whole Control Golden Barley Cereal. He is also a friend and a member of my new support group for men who are committed to controlling their diabetes. He also features on the book's cover perhaps the truest sentence I ever wrote -- certainly the most quoted sentence -- "Diabetes is a disease that, perhaps more than any other, depends much more on the patient than on the doctor."

Frank's new book is a valuable and positive addition to the literature about diabetes for people with it and by people with it. His message is "diabetes no longer means a shortened life of deprivation, denial, and depression, though it still can if it is left uncontrolled." I couldn't agree more. 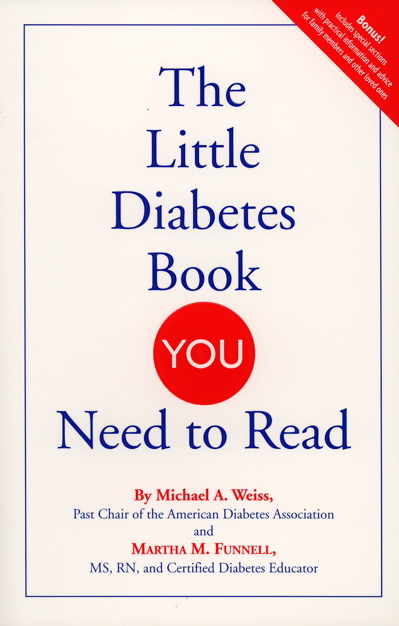 It is top-notch basic advice. The key, which they highlight and with which I strongly agree is, "Successful self-management requires that you adapt diabetes to fit your life instead of adapting your life to diabetes."

It is all about empowering the individual with diabetes. Not surprising because Martha is well-known for pioneering this approach to diabetes education.

I had never heard of Michael Weiss. But the book identifies him as having type 1 diabetes, and a Google search shows that he is an attorney.

It isn't about any particular diet strategy. In fact, I didn't find anything that echoed the ADA's "good carb" diet. What a relief!

What I liked least was their talking about "the progressive nature of type 2 diabetes" (page 172) and "Although you may start with lifestyle changes and oral medications, over time most people with type 2 diabetes will need insulin or other injections to keep their blood sugar levels within the target range" (page 173). I previously wrote with considerable feeling about this at HealthCentral.

One positive statement that touched a nerve in me was in a sidebar by Marti (Martha) who wrote, "Sadly, only about 30 percent of patients receive formal diabetes education. Often, the provider forgets to make the referral or ask if one is wanted." Except for the year that the VA system treated me, that was my own experience.

Running Press in Philadelphia (a subsidiary of the Perseus Group where another subsidiary, Da Capo Press, published my most recent book) brought out this book a few months ago. It lists for $12.95 and the ISBN-13 is 978-0-7624-3116-8.

If you have any interest in controlling your diabetes by low-carb eating, one of the best resources is Dr. Richard K. Bernstein's monthly webcast. It's an hour of excellent diabetes education.

Archives: I now send out Diabetes Update once a month. Previous issues are online: