Chill Out to Lose Weight

Last year was the hottest year on record, although the temperatures in most of the U.S. seem to be rather chilly now. But even if you aren’t too fond of the cold, this seasonal weather can actually be good for people with diabetes.

But we have to know how to take advantage of the chill. Doing so can be easy and yet challenging. 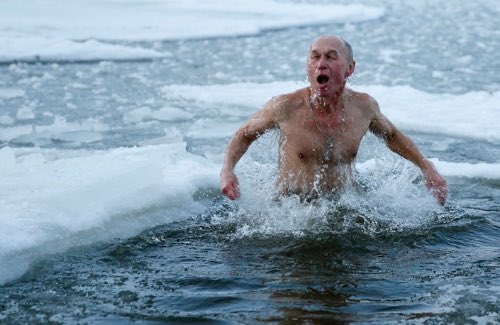 All we have to do is turn down the thermostat. Researchers have discovered that when we get mildly cold, which they define as being cool without shivering, our bodies burn more calories. As a result, managing our weight can be easier.

This is the conclusion of a recent review that two researchers at Maastricht University Medical Center in the Netherlands published in the November 2016 issue of the professional journal Diabetologia. The title of their article, “Combatting type 2 diabetes by turning up the heat,” puzzled me at first.

The title confused me because the study is about turning down the heat in the room we’re in. But then our bodies compensate by turning up their internal heat production.

When our body does this, its energy expenditure increases, ratcheting up our metabolism. Being mildly cold revs up our bodies’ brown fat, which unlike white fat, burns calories instead of storing them.

Until 2009, however, scientists thought that only babies and children had any of this valuable fat. But then, researchers at the Joslin Diabetes Center based in Boston demonstrated that adults still have brown fat.

Literally hundreds of studies of brown fat have been published since this 2009 research breakthrough. I have seen many of them, but this technique for taking advantage of our brown fat to manage our weight is the most promising application that has come to my attention.

When the temperature is what we would consider being “just right” — what the researchers call “thermoneutral conditions” — our brown fat isn’t activated. Nor is it activated by fasting, the researchers write in this new study. However, when we literally “chill out” a bit, this helps us to manage our weight better.

The researchers emphasize that we don’t have to get cold. Earlier research by this Dutch team showed that we can gradually acclimatize to cooler room temperatures. When people in their research spent six hours a day at about 60 degrees Fahrenheit, they became comfortable within 10 days.

I am going to give it a try. I have been able to lose a lot of weight, and stay within 2 pounds one way or the other of my goal weight. But keeping it off hasn’t been easy.

Maybe it’s so hard because I always keep my apartment at 72 degrees Fahrenheit, which is a comfortable temperature for me. But I am gradually reducing the thermostat in my apartment now.

Wouldn’t it be wonderful if getting mildly cool made our weight management easy? This can be a way that can help almost everyone who has diabetes.

The Trouble with Non-Caloric Sweeteners