The Way to Reduce Your A1C Fast

When you increase how often you check your blood glucose, your A1C level will probably go lower. When you bring your level down to normal — which is somewhere below 6.0 — you are managing your diabetes rather than letting it control your health. 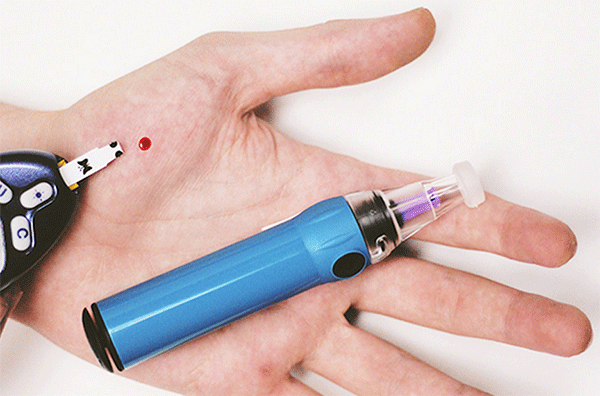 A new study of 211 people demonstrated this positive result. These were the people who responded to a still unpublished survey that the diabetes company, Genteel, sent to 1,500 customers who had purchased a Genteel lancing device. On average, these people reported that their A1C level had dropped from 8.37 to 7.31 — a decrease of about 1.1 percent.

This represents a 44 percent improvement. The typical Genteel user who responded to the survey tested less than once a day — 0.83 times a day — but this was up 17 percent from 0.51 tests per day.

“We sent out the survey from 14 to 16 weeks after they received their Genteel,” CEO and Chief Research Engineer Christopher Jacobs, Ph.D., emailed me. “That was the amount of time we felt would be needed for them to make a significant change in their A1C.”

That these decreases came without diabetes education in how to make use of the testing results is noteworthy. Also noteworthy is that these substantial changes came quickly.

A high-quality meta-analysis had shown that people with diabetes typically had only a 0.1 percent lower A1C level in intensive testing programs that don’t include diabetes education. That decrease wasn’t statistically significant.

I think that a difference between the Genteel survey results and those included in the meta-analysis is that the surveyed people acted on their test numbers. The people who responded to the Genteel survey were probably more motivated and knowledgeable about testing.

The Genteel lancing devices that they use are essentially painless, and ​this painless technology is ​more expensive than those devices that come in the kit with your blood glucose meter.

Consequently, these people are a self-selected group​ who are either pain sensitive, and therefore don’t test as often, or who care more about managing their diabetes than most people who have diabetes.​

How to bring down highs

Unless you learn what your numbers mean and do something about them, I have written before about how testing is a waste of your time and money. But you can immediately bring down blood glucose levels that are too high by taking a little more insulin, if your doctor has prescribed it. Otherwise, exercise is the only thing that will help right away. If you find that your level is too high after a meal, you can learn from that and reduce your carbohydrate consumption in subsequent meals.

Earlier studies, especially one reported in the peer-reviewed journal Diabetes Care in 2011, demonstrated that people with diabetes who received diabetes education on blood glucose testing in a structured program had somewhat lower A1C levels than those in the control group. But the difference between the two groups was only about 0.3 percent in that one-year program.

Only one sizable study that I know about reported significant results of blood glucose testing by people who didn’t get diabetes education at the same time. That study evaluated the effectiveness of blood glucose testing to improve glycemic control among 24,312 adults with diabetes in the Northern California Kaiser Permanente diabetes registry. The researchers found that people with Type 1 diabetes who tested at least three times a day had a 1.0 percent lower A1C level than those who tested less often. People with Type 2 diabetes who used a diabetes drug for their disease management had a 0.6 percent lower level if they tested at least once a day.

Of the people who responded in the Genteel survey, 96 percent reported that they had a significant reduction of pain. Likewise, 86 percent said that they had increased satisfaction with their testing procedure.

These results don’t surprise me one bit. I have used the Genteel lancing device ever since the company introduced it two and a half years ago, and I am happy that I share their great experience with blood glucose testing.

Why Glucose Tabs are Better