When you eat protein and vegetables before eating food that’s high in carbohydrates, your blood glucose and insulin levels won’t spike as much after the meal as when you eat the carbs first. This is the main message of a new study previewed in June.

Alpana Shukla, MD, presented her findings in a poster, “Food Order Has a Significant Impact on Postprandial Glucose and Insulin Excursions,” at this year’s annual convention of the American Diabetes Association in New Orleans. This is the world’s largest scientific meeting focused on diabetes, and I represented HealthCentral.com.

The findings make an important point for those of us who have Type 2 diabetes. Until now, the conventional nutritional advice has been mostly negative — what not to eat, eat less, and so on. But it turns out the timing of what we eat matters too. 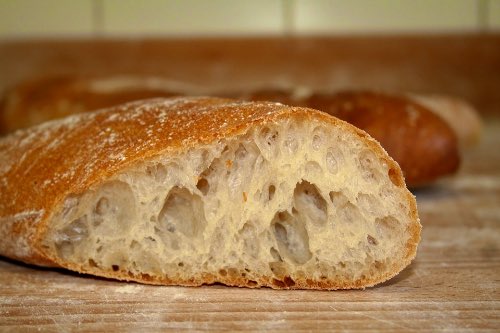 This new study is a small one, involving only seven people with Type 2 diabetes who are overweight or obese. Dr. Shukla and her seven Cornell associates measured the blood glucose levels of these participants every half hour for three hours after they ate the same amount of calories in protein, vegetables, and carbohydrates in a different order on separate days.

One day it was carbohydrate — bread — first, followed 10 minutes later by protein — chicken — and vegetables. On another day the order was switched, and on a third day the participants ate this all together in a sandwich.

The glycemic index of these three meal orders turned out to be similar. But when the participants ate the protein and vegetables first, their blood glucose levels spiked about 50 percent lower than when they started with bread. These spikes are a sign of glycemic variability, which can lead to heart disease and other complications. Insulin levels were also “significantly lower” when they started their meals with protein and vegetables rather than with bread, Dr. Shukla says.

This new study is a follow up to one by Dr. Shukla and her associates at Cornell presented in the professional journal Diabetes Care a year ago. That study, “Food Order Has A Significant Impact On Postprandial Glucose And Insulin Levels,” included 11 people with Type 2 diabetes. The two studies were basically similar, except the earlier study measured the impact of food order for only two hours after the participants ate.

Better than many diabetes drugs

In the earlier study, food order also had a significant effect on blood glucose levels. In fact, the researchers concluded that the impact was similar to those diabetes drugs that “preferentially target postprandial glucose.” These include rapid-acting insulin analogs; GLP-1 agonists Bydureon, Victoza, and Trulicity; and DPP-4 inhibitors such as Januvia.

Blood glucose levels after a meal — what researchers call postprandial glucose — are more important for many people who have diabetes than their fasting levels. When your A1C level is rather low — less than 7.3 percent — mealtime glucose contributes about 70 percent of the A1C, according to a study that I reviewed at “When is the best time of day to test?” However, when your A1C level is quite high — greater than 10.2 percent — fasting blood glucose contributes 70 percent of it.

What’s missing from both of these studies is the possible role that eating fat first might play in helping to manage blood glucose levels. So I emailed Dr. Shukla to ask whether her team planned to study it.“Fat is known to influence gastric emptying and postmeal blood sugar levels,” she emailed. “We plan to do further studies on food order with varying composition of protein/carbs/fats to simulate common eating patterns. We are in the process of completing this study with a larger sample size and will publish later this year.”

The clear message for anyone who eats out is to skip the bread or chips that restaurants typically put on your table when you arrive. You can save those carbohydrates until later, and hopefully your meal will satisfy your hunger without them.

This work is important to all of us who have Type 2 diabetes. Nothing matters more for managing this condition than keeping our blood glucose levels in check as much as we can.

Avoiding high-carb food is, of course, even easier on our blood glucose levels that eating it last. But that strategy is a difficult one for most people to follow, and this little change in the order that we eat food high in carbohydrates can be a valuable tip for anyone with Type 2 diabetes who needs to manage blood glucose levels better.

Adding Substance to the Glycemic Index

How to Eat Your Heart Out

Cutting Back on Omega-6