Your intimate relationships can suffer when you have diabetes. But it’s not inevitable.

Challenges to sexual performance remain a taboo subject for many people, even as sex itself has come out of the bedroom and our culture has become increasingly sex obsessed. Consequently, you may be reluctant to discuss your concerns with a date, a partner, or even with a healthcare provider. 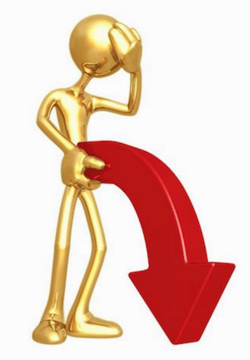 It’s way past the time when all of us need to face up to this reality. An unpublished 2016 survey, “The Diabetes and Relationship Connectivity Report,” provides guidance. This survey of 500 adults with diabetes can prove to each of us that we aren’t alone when we face the problems of intimacy. I obtained a copy of this survey from a representative of Accu-Chek Connect/Roche Diabetes Care, which commissioned it from Wakefield Research.

Problems in dating and in intimate relationships

Six of the questions and the responses to them shed some light on issues that people with diabetes have in their relationships. They affect people who are dating as well as those who are in a relationship with a significant other.

When someone isn’t sure how empathetic their date will be about their medical condition, they may end up saying nothing. Consequently, 42 percent of people with diabetes who are not in a committed relationship have tried to hide some aspect of their diabetes from someone they were dating or considering dating. In fact, more than one-quarter said that they do this frequently.

When do you tell?

How soon is it too soon to tell someone you have diabetes? A first date is too soon for 41 percent of people with diabetes.

It is an even more serious story for those people in a relationship with a significant other. Diabetes has impacted the sex life of 55 percent of them. One-quarter of them said their sex drive was lower, and 21 percent say that they have sex less often because of their diabetes. While only 14 percent said they have erectile issues, the survey included both men and women and did not tabulate the sexes separately.

Talking about how diabetes has impacted your sex life can be an important step toward improving your relationship. Yet, 36 percent of respondents who said their sex life has been impacted by diabetes said that they had never talked with their partner about it.

Do you talk with your doctor?

The final question that the survey asked those people whose sex drive is lower due to diabetes was whether they had ever talked with a doctor about it. Here, 58 percent said that they have and 42 percent haven’t.

Sexual dysfunction is all too common, and it’s hardly limited to men. In fact, a national probability sample of 1,749 women and 1,410 men showed that 43 percent of the women and 31 percent of the men reported having it.

Yet, just because you have diabetes doesn’t mean you have to resign yourself to giving up an active sex life. Even erectile dysfunction, perhaps the most devastating sexual dysfunction that anyone can have, is treatable at any age.

Talking with your partner or date may be a good first step toward improving your sex life, especially if you have problems caused by diabetes.

Why You May Want To Take Early Control of Your Diabetes