The Good News About Diabetes in 2015

The year 2015 brought more good news to people with diabetes than any year since a doctor told me 22 years ago that my A1C level of 14.4 meant that I had diabetes. At that time I weighed more than 300 pounds and didn’t get any exercise.

But because I have been a journalist for most of my life, I decided to learn everything I could about diabetes. For the past two decades I have written about diabetes here, and for the past 10 years I have shared what I know about managing it in my posts and slideshows at HealthCentral.com. 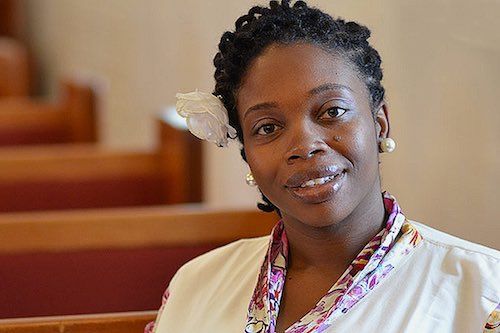 I know that diabetes isn’t a progressive disease, in spite of what some people think. I also know that well-managed diabetes causes nothing. From my personal experience I know that you can be healthier than you ever were — if you get more active, lose weight, take your medicine, and cut your stress.

I learned this because I walk and hike regularly, cut my weight in half, took diabetes drugs until I was able to manage without them, and unstress through mindfulness and meditation. My A1C level has been about 5.5 for many years, and even though I am now 80 years old, I have never been healthier or happier.

My full time work and labor of love is to share what I know about managing diabetes so you too can recover your health. For those of us who have diabetes the biggest news of the year came in these stories:

I know that cocoa works to cut our insulin resistance, because several good studies have demonstrated it. Insulin resistance is, of course, why people get type 2 diabetes in the first place. But not just any chocolate candy will cut it; we need to get the flavanols in cocoa without the usual sugar. But it gets even better than this, because by improving our insulin we reduce our memory loss. I know that my memory has improved significantly ever since I started getting the 375 mg of cocoa flavanols every day that the studies recommend.

The easiest way to help manage our diabetes is to do nothing. Isn’t that what sleep is? A new study suggests that something as simple as getting enough sleep could help counteract the current epidemics of diabetes and obesity. For those of us who already have diabetes, getting enough sleep doesn’t mean that our diabetes will magically go away. But it certainly suggests that avoiding too little sleep can make it easier to manage our blood glucose.

Fear of Needles? Use This Device To Better Manage Diabetes

We have to check our blood glucose level after eating big meals, particularly one that is high in carbohydrates, if we are to have any chance of managing our diabetes. But about two-thirds of children and one-fourth of adults have needle fear that often stops them from making the necessary checks. Now, however we have an inexpensive device that can block the pain.

HealthCentral featured multimedia stories about three people who made the decision to manage their diabetes. We hope they inspire you to take control of your life.

Rob Wolf, the Nashville songwriter, stays positive by cycling longer and longer distances with his songwriting partner as well as changing his diet and losing weight.

Phyllisa Deroze was only 31 years old when she had to go to the ER in danger of a diabetic coma. In the hospital she read all the negative pamphlets, but instead sought out positive people. So she started her blog, “Diagnosed Not Defeated,” which is also her motto. Even when she lost her house in a natural disaster, she made sure to take care of herself.

Hugh Schwartz, a business consultant who couldn’t find time to exercise, reached a weight of 276 pounds and walked with a cane before his diabetes was diagnosed. By setting little, interim goals he lost 117 pounds and now plays basketball.

I know that this diabetes good news can help and that if these three role models and somebody as old as I am can do it, you can too. Your life can be better than it was before your diagnosis.

The Most Accurate Continuous Monitor

Chill Out to Lose Weight