Avoid Toxic Relationships for Your Health

The worst type of toxic relationships for people with diabetes can be those that are closest to us because they can make such an impact on your daily health and mental well-being. The worst is when your partner doesn’t support the way you are managing your diabetes and actually discourages it. 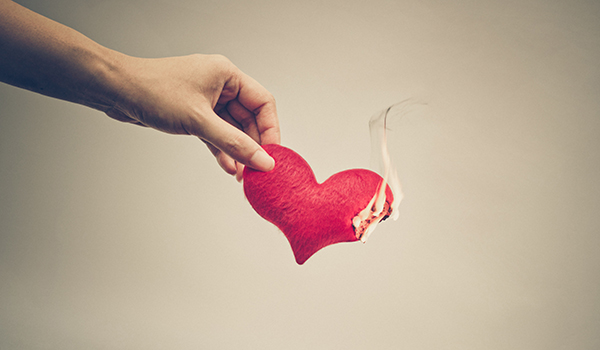 I learned that lesson the hard way. Not only did one of my partners subtly mock my efforts to lose weight, but her example of not caring for her own health was a big factor that led me to gain almost 80 pounds in the 10 years we lived together. I left the relationship only after I also had been subjected to emotional abuse for more than a year.

My toxic experiences are all too typical. And now, research studies show just how toxic some relationships can be. A study of 9,011 British civil servants, most of them married, found that those who were in the worst close relationships had a 34 percent greater risk of having a heart attack during 12 years of follow-up than those in good relationships. A study of 9,875 men and women in Denmark showed that “frequent conflicts with any type of social relation were associated with 2-3 times increased mortality risk.”

One useful definition of a toxic relationship is one that is “characterized by behaviors on the part of the toxic partner that are emotionally and, not infrequently, physically damaging.” Toxic relationships come in a large variety of forms and aren’t limited to partnerships. Associates and friends can behave in ways that are toxic to you.

“A supportive relationship should help you grow,” Stephanie S. Covington, Ph.D., Dan Griffin, and Rick Dauer, wrote in A Man’s Workbook: Helping Men Recover. The county jail where I teach meditation uses this workbook in some of its classes. “Unhealthy, unsupportive relationships produce diminished zest or vitality, disempowerment, confusion, lack of clarity, a diminished sense of self-worth, a turning away from relationships.”

I have experienced each of these negative effects in my unhealthy, unsupportive toxic relationships. In another long-term relationship, my partner seemed to enjoy arguing so much that it would turn into emotional abuse and finally, physical abuse. I learned willpower by refraining from taking part, but I gave as much as I got emotionally – until I finally had enough and left that relationship  too.

My relationships with male friends have also been sometimes toxic. But they haven’t been as serious for me because we weren’t living together, and breaking up was easier to do. One friend always seemed so depressed that I lost my zest for life when I was around him. Another friend was so greedy and unethical in his behavior that he sometimes drew me into the games he played. In each case, I had a diminished sense of self-worth.

When I have often reluctantly cut my losses as I awaken to the poison that has flown between us, it’s always been difficult. But I have found more positive relationships when I broke out of the box that limited me.

Not blaming our former partner or friend in relationships that go bad isn’t easy. But it is a necessary strategy for us to keep growing. While toxic people exist — think of Hitler, Stalin, Pol Pot, and other mass murderers — I don’t personally know any. Toxic relationships — massive failures of communication — are widespread. The relationship or “chemistry” almost always is what’s toxic.

You have nothing to lose but your chains, as someone once wrote in a different context. You will then be free to explore healthier and happier relationships.

Doctors For and Against Patient-centered Care