Will your type 2 diabetes get progressively worse? It will if you follow the advice of most doctors.

But you don’t have to go there. 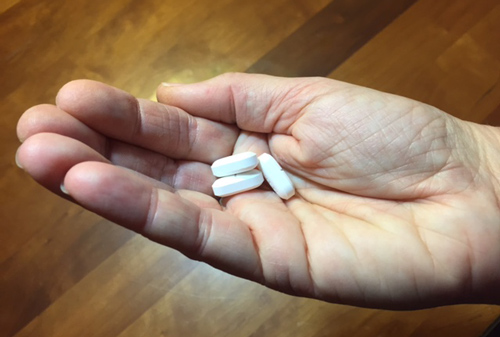 People believe many diabetes myths, so many in fact that Riva Greenberg wrote a book on the subject, “50 Diabetes Myths That Can Ruin Your Life.” Yet she missed the most pernicious one: that diabetes is a progressive disease. It’s the worst one that people with type 2 diabetes face because it can be a self-fulfilling prophecy. So when HealthCentral.com deemed the first week in April as myth-busting week, I jumped at the chance to write about it.

Some basis in truth

Like many myths, this one has some basis in truth. Ever since the findings of the United Kingdom Prospective Diabetes Study (UKPDS) appeared 22 years ago, we have known that diabetes medication eventually fails to keep us well. This landmark study is the best known and longest prospective trial, accumulating almost 20 years’ worth of data.

The study found that when people took their prescribed glucose-lowering therapies — including metformin, any of the sulfonylureas, or insulin — they usually were able to improve their blood glucose control in the short term. But they didn’t stop a progressive failure of the islet cells of the pancreas that produce the body’s insulin. The result was a progressive failure in maintaining blood glucose control.

Based on an assumption

The myth that type 2 diabetes gets progressively worse as we age is based entirely on an assumption. While everyone who has type 1 diabetes requires insulin injections, neither insulin nor any of the oral medications for type 2 diabetes need to be a lifelong requirement.

Certainly, these diabetes medications can help us to reduce our blood glucose levels to normal while hopefully helping us reduce our weight at the same time. But that’s a short-term solution.

In the longer term, people with type 2 diabetes must learn how to control it by eating right. We have to eat the right types of food in the right amount in order to control diabetes without drugs. To succeed in this effort, we have one time-tested strategy and another one that is beginning to get attention.

Richard K. Bernstein, M.D., has certainly proved the first strategy not only with thousands of his patients but also in his own life. While he and most of his patients have type 1 diabetes that will always require them to inject insulin, they have been able to minimize how much they take by eating a very low-carb diet.

He rejected the received wisdom

Dr. Bernstein wrote in the introduction to his landmark book, “Dr. Bernstein’s Diabetes Solution” that he rejected the received wisdom that the progressive deterioration of his body was “normal.”

He was even able to reverse almost all the complications of the type 1 diabetes that he has now lived with for 71 years. “My deformed feet, the droopy eyelids, and the loss of hair on my lower legs are not reversible and still remain,” he wrote. But he suffers from no other diabetes complications unlike practically everyone still alive who developed diabetes in 1946 when he did.

More recently, researchers at the UK’s Newcastle University, led by Roy Taylor, M.D., Professor of Medicine and Metabolism, demonstrated in two small studies that eating an extremely low-calorie diet of 600 calories per day for eight weeks can have a similar result. The way that it works, they state, is that when we lose a substantial amount of weight, we get rid of the fat that surrounds our liver, and this restores our liver insulin sensitivity and beta-cell insulin secretion.

The medical establishment is wrong to say that type 2 diabetes is “inevitably progressive,” Dr. Taylor wrote. You can instead reverse it “by the single cause” of freeing your fat.

Not progressive when you eat low carbs

Diabetes is not a progressive disease when you eat a low carb diet. Some people think that’s hard, but in one sense it’s easy. No more concerns about diabetes drugs or their cost. It’s the lifestyle that anyone who has diabetes needs to follow to maintain optimal health. With good health, everything you do becomes easier.