Some health recommendations on the internet suggest that you take supplemental selenium. But if you do, a recent study shows that you could be at an increased risk of developing diabetes. 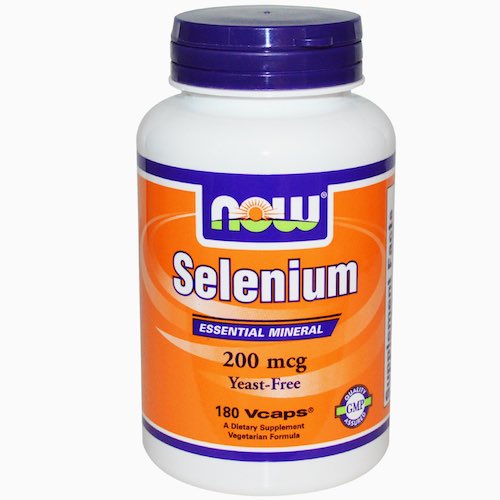 While a little selenium in our diet is essential, almost all Americans get much more than they need. The National Academy of Medicine sets the Recommended Dietary Allowance for selenium at 55 micrograms per day for both men and women.

In the United States and Canada, the dietary intake of selenium is considerably higher than this, according to studies that the National Academy of Medicine cited. And “the risk for selenium deficiency in the United States is negligible,” concluded an editorial in the Annals of Internal Medicine published in 2007.

A randomized placebo-controlled trial involving participants from clinical centers in Arizona, Colorado, Texas, and New York, investigated whether taking a selenium supplement of 200 micrograms per day could help prevent colorectal cancer. The Journal of the National Cancer Institute published the results of the study in its December 2016 issue. Only the abstract is currently free online, but the full text was available when I started to research this post.

The researchers studied the effects of taking a selenium supplement because they thought that it might reduce the risk of colorectal cancer. Instead, however, they discovered that it failed to help reduce that risk.

Worse, the selenium supplement increased the risk of type 2 diabetes. Among the people who were older than 62, the chances of getting diabetes more than doubled, which was statistically significant.

These results came from a large, long clinical trial in six centers around the country. The randomized, controlled design of this type of study is known as the “gold standard” of medical studies.

“But this is the first study to have substantiated such a risk in the setting of a prospective, randomized, placebo-controlled trial,” he said in the release.

Like the people in this study, you may also be getting too much selenium. Among all Americans older than 1 year, 19 percent were taking a selenium supplement, according to “Dietary Supplement Use in the United States, 2003–2006.”

When I started to research this post, I was taking the multivitamin-multimineral supplement that Labdoor (which I reviewed here three years ago) ranked first, “Garden Of Life Vitamin Code For Men.” But when I realized that its recommended daily dose includes 125 micrograms of selenium, I threw it out.

You may also want to limit or totally avoid one of my favorite nuts, as I reluctantly do now. An average size Brazil nut has 96 micrograms of selenium, according to the USDA’s National Nutrient Database. No other food comes close.

Why a high level of selenium can lead to diabetes wasn’t something that the researchers studied. But an earlier study suggested the mechanism.

In 2007, the journal Diabetes Care published “Serum Selenium and Diabetes in U.S. Adults.” This study suggested that selenium can sometimes generate free radicals, which may increase insulin resistance and affect the beta cells of the pancreas.

We don’t yet know the answers to some other questions that this study raised. Why can people younger than 63 take a 200 microgram selenium supplement without having a higher risk of diabetes? How much can they safely take? And if you already have type 1 or type 2 diabetes, should you limit how much selenium you consume?

At this point, we can only guess that consuming these high levels of selenium aren’t good for anyone. We have no way of knowing this, but it would be the prudent call to limit selenium.