Nag Your Man to Diabetes Health?

You might try to convince your husband into doing what you think would help if you think that he should take better care of his diabetes. This convincing can quickly turn into what your husband might perceive as “nagging.”

Nagging might get him to shape up. But it’s likely that he will resent your interference and the quality of your marriage will suffer. 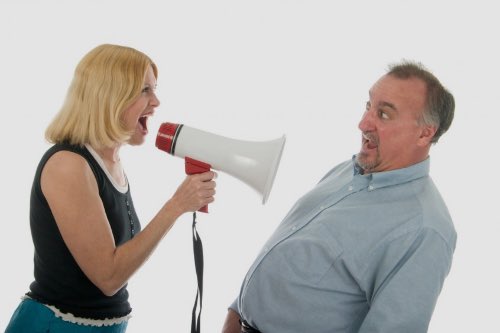 The “most surprising finding” of a study published in mid-2016 was that an increasingly rocky marriage can improve your man’s diabetes management, according to a Michigan State University press release.

“The study challenges the traditional assumption that negative marital quality is always detrimental to health,” Hui Liu, Ph.D., and associate professor of sociology at MSU, said in the release. She was the study’s lead investigator.

Dr. Liu and her coauthors based the study on data from the National Social Life, Health and Aging Project, the first population-based study of health and social factors of the entire country. They analyzed the results from 1,228 married people, of whom 389 had diabetes at the end of the five-year study.

Married people do influence each other’s health behavior. This is a part of bonding. But the influence can be a lot more subtle than nagging. I know that when I married a woman with diabetes, I stopped watching my diet as closely as I had before. And I exercised a lot less. And I gained a lot of weight. In those respects, I became a lot more like my wife.

“The harder people push, the tighter he’ll hang onto what he’s currently doing,” Karen told me. She also told me what Samuel Taylor Coleridge, the English poet and philosopher, wrote:

“Advice is like snow — the softer it falls, the longer it dwells upon, and the deeper it sinks into the mind.”

Where Karen works, employees back off when even the individual with diabetes himself gives them verbal resistance.

“It is immediately time to stop all forms of moving towards goals and back up to explore further the patient’s emotions and perspectives,” she says.

They call this strategy “dropping the rope,” she says. This idea comes from training horses.

When a horse in a corral is pulling back and resisting being led somewhere, you drop the rope and wait. Eventually, the horse will start following you around.

Of course, husbands aren’t horses, but when we push them to shape up, they will often be as stubborn as mules. In fact, another study offers guidance that is quite different from Dr. Liu’s research.

This 2014 study of 192 men and women with type 2 diabetes found that when they experienced more harmful actions, like nagging or arguing, they were less adherent to self-care. As a result, their blood glucose control became worse.

This study applied to both men and women. But in this article, I am otherwise writing about men because almost always it’s the women who ask me to help them manage their husbands rather than the other way around.

Men are notorious for not asking for directions when they are lost. Of course, that’s not always the case, and in fact, I once asked for directions myself.

These studies agree on one point: If women want their marriage to last, they need to remember that their men need to be handled gently and not bruise fragile egos. Show, don’t tell.

You can lead him to the parting of the Red Sea but you can’t take him across to the promised land. What can work is to be a role model for your partner: shop right, cook right, eat right, exercise, and lose weight. You can be a positive example for him to follow when he is ready.

Why Diabetes Advocacy Has a Problem