Why and How to Fire Your Diabetes Doctor

Are you unhappy with the way your doctor deals with you? Maybe your doctor doesn’t listen to you or support your low-carb diet. Perhaps you’re tired of being scolded for noncompliance. Or maybe you just don’t like him or her.

You have a choice. When you realize that the relationship that you and your doctor have isn’t working, you have a decision to make.

Should I fire my doctor?

If you want to fire your doctor, you have two choices, and both of them work. You can tell him or her why you are dispensing with his or her services. Or if you tend to avoid confrontation, like I usually do, you can just find another doctor and walk away.

But I hope you won’t have to fire yours. Sharing your concerns about people’s behavior can help if they listen to you. Then, your words can encourage him or her to change. 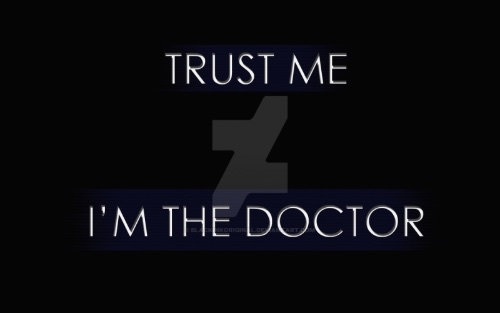 “Some physicians are open to feedback and can change,” William Polonsky, Ph.D., told me when I met with him. Dr. Polonsky is the president of the Behavioral Diabetes Institute in San Diego and an associate clinical professor of psychology at the University of California, San Diego. “Give them a chance,” he suggests.

“When you show up with a short list of the things that need to be addressed, a good physician will think, ‘Wow!’”

But Dr. Polonsky continued. “When I talk to folks with diabetes, I tell them to be successful with diabetes you need to work with someone who you feel is on your side. You need to have a doctor you trust.”

How much you trust your doctor depends a lot on empathy. When our doctors have more empathy, we do better than when our doctors have low empathy scores, according to a study that I reported here in 2012. Because their empathy plays a huge role, you need to find a doctor who you like.

When to move on

But if the relationship with your doctor is clearly hopeless, move on. “There are terrible physicians who should never be allowed to interact with people,” Dr. Polonsky told me.

When your blood glucose levels aren’t low enough or you don’t take the diabetes medicine that your doctor prescribes, he or she may complain about your noncompliance. In addition, when you follow a very low-carb diet, as I do, in my experience, most doctors and nutritionists will give you a hard time. But as soon as you get excellent blood glucose levels, they will usually stop making a fuss.

When doctors and nutritionists call us noncompliant, they may be forgetting their supportive role in our health. We hire our doctors. This means we can fire them too.

Several years ago when exenatide (Byetta) first came on the market, I knew that taking it would help me control my blood glucose and lose weight. Because the doctor I saw at the time had never heard of the medication, he had to read up on it.

Then, he refused to give me a prescription for it because he was sure that I would lose only a few pounds. I fired him and proved him wrong by losing about 150 pounds after I hired a compliant doctor who prescribed Byetta.

A “compliant doctor” is one who not only talks to his patients but also listens to them. But when our doctors are not on the same wavelength as we are, they often blame the victim — us — when we don’t do what they want us to do.

It’s our body, and we are responsible for it. One of the ways in which diabetes differs from almost all of the other diseases is that between our rare visits to the doctor’s office, we are in control. We have the right to set our own goals and decide how we will manage our diabetes because we have to live with the consequences.

But almost everyone who reads my articles wants to manage diabetes. I also know that most of our doctors try to help us. Why then do we so often fail to communicate?

This is because we don’t speak up enough. Those of us who have diabetes need to become equal partners with our doctors. If they fail to work with us, we have a duty to our bodies to find someone who will.

Children with Diabetes at Disney World