Most People with Diabetes Should Stop Iron Supplements

When you have too much iron in your blood or stored elsewhere in your body might be why your blood glucose level is above normal. In fact, too much iron can even be why you got diabetes. Yet about one out of every five Americans regularly takes an iron supplement.

For years researchers have suspected that when your body accumulates too much iron you are at risk of a host of diseases, according to Berkeley Wellness. In addition to diabetes, iron overload is linked to colorectal cancer, high blood pressure, and hardening of the arteries, as well as to strokes, Alzheimer’s Disease, and Parkinson’s disease. 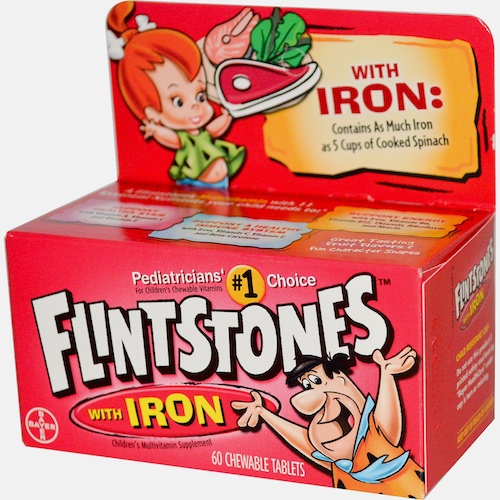 But only now do we have studies demonstrating the connection between excess iron and diabetes.

“Even mildly elevated body iron contributes to the prevalence and incidence of type 2 diabetes,” states the news release from the University of Eastern Finland announcing the publication of these studies.

One of these recent studies looked at why men are more likely to have diabetes than women. The International Diabetes Federation estimated that 215.2 million men and 199.5 million women — a difference of more than 15 million people — had diabetes worldwide in 2015.

Only the abstract of this study, “Gender difference in type 2 diabetes and the role of body iron stores,” is free online. But the lead author, Alex Aregbesola, M.D., Ph.D., emailed me the full text upon my request. Dr. Aregbesola is a researcher at the Institute of Public Health and Clinical Nutrition, University of Eastern Finland. This study, which includes a prospective analysis of 1,506 men and women, “showed for the first time that body iron… explains about two-fifths and one-fifth of the gender difference observed in the prevalence and incidence of type 2 diabetes, respectively.”

While this study doesn’t explain the cause of this gender difference, Dr. Aregbesola’s Ph.D. dissertation, which is based on this study and on two earlier ones, does. In November 2016, The University of Eastern Finland published the dissertation in English as “Role of body iron stores in glucose homeostasis and type 2 diabetes.” The gender difference is mostly, if not entirely, the loss of blood during menstruation, it concluded.

In fact, “no one should be taking iron supplements without a doctor’s recommendation to do so,” according to Andrew Weil, M.D., in an article on his website.

“Iron deficiency is rare in men and postmenopausal women, and most should avoid supplements containing iron to reduce the risk of organ damage from too much iron,” according to Jane E. Brody in The New York Times. Her article cites a Framingham Heart Study where researchers found that only about three percent of elderly subjects studied had too little iron in their blood or stored in their bodies, while 13 percent had levels that were too high.

Iron used to be the most common nutritional deficiency in the U.S. It still is in much of the world, so the recommendations to avoid iron supplements don’t necessarily apply there. But here most Americans get too much iron.

Several years ago, I decided to not eat meat for spiritual and environmental reasons, little realizing that this may also help prevent my iron stores from going too high. Dr. Aregbesola suggests in his Ph.D. dissertation that my decision also made sense from a health standpoint.

He wrote that avoiding “excessive intakes of both dietary iron, especially heme iron-containing food products such as red meat and poultry… could prove useful in preventing iron-induced type 2 diabetes incidence and prevalence.”

Another way to reduce excess iron stores is moderate exercise. Also, if a lab test shows that you have too much iron in your body, he writes that you might consider a “regular blood donation of at least two times a year.”

But I think that his most important message is to avoid supplemental iron. It’s the easiest strategy for most of us.

Maybe you think that you aren’t taking an iron supplement. But six of the 10 best-selling multivitamin/multimineral products, which the major online retailer iHerb sells, include iron.

Now I know that it was. Have you stopped taking supplemental iron yet?

You Can Use Metformin Even with Reduced Kidney Function

Why Glucose Tabs are Better

B is for Byetta