The Sugar Scandal Against Diabetes

You probably have heard about the recent report that the sugar industry paid three Harvard professors to play down sugar’s role as a cause of heart disease and instead to put the blame on saturated fat. But if you have diabetes, you might well have assumed that this scandal, which just now surfaced, doesn’t have anything to do with you. 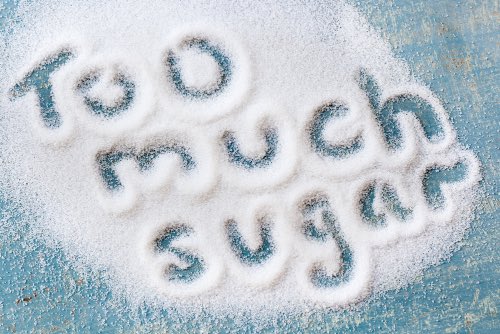 In fact, the connection between diabetes and the diet that you follow to manage it couldn’t be more direct.

But even before we consider the diabetes connection, the story that emerged is deeply troubling to anyone who pays attention to health research. The story is a simple study of bribery at the highest level, which can make anyone lose faith in research.

The Sugar Research Foundation, now called The Sugar Association, in 1967 paid three researchers the equivalent of nearly $50,000 in today’s money to write a review article in a medical journal. The most sickening part of this story is that they weren’t obscure researchers writing in a third-rate journal.

In fact, the researchers were professors at our most prestigious university, Harvard, writing in the world’s most prestigious medical journal, The New England Journal of Medicine. The lead author of the study, Dr. Fredrick Stare, MD, PhD, was “America’s top nutritionist.” He founded Harvard’s Department of Nutrition in 1942 and led it until he retired in 1976. A co-author, D. Mark Hegsted, PhD, was a professor of nutrition in Dr. Stare’s department from 1962 to 1978, when he because the Administrator of Human Nutrition at the U.S. Department of Agriculture, where he remained until 1982. At the USDA he helped draft “Dietary Goals for the United States,” also known as the McGovern report, a precursor of the current “Dietary Guidelines for Americans.”

The shocking story, “Sugar Industry and Coronary Heart Disease Research,” broke on September 12, 2016, when JAMA Internal Medicine published it online ahead of print. It’s based on correspondence between the sugar association and the Harvard researchers that lead author Cristin Kearns, DDS, a postdoctoral scholar at the medical school of the University of California, San Francisco, discovered in university libraries. Dr. Kearns found the proverbial “smoking gun,” which “produced compelling evidence that a sugar trade association not only paid for but also initiated and influenced research expressly to exonerate sugar as a major risk factor for coronary heart disease.”

The DDS degree at Dr. Kearns has means that she is trained as a dentist, and dentistry and diabetes is where this exposé of corruption started. In November 2007 at a dentistry conference on diabetes she was shocked to hear a keynote speaker discount the role of sugar in diabetes. She was so shocked that she quit her job to devote her life to uncovering the documentary evidence showing how the sugar industry has influenced America’s health policy.

The story starts with diabetes

Not only does this story start at a diabetes conference but it extends beyond the obvious unethical behavior to America’s recommended diet for diabetes. For the last half century we have been taught to have a fear of fat, which we now know that the sugar industry did a persuasive job of drilling into our collective consciousness.

U.S. government policy from the “Dietary Guidelines for Americans” down to our doctors still tells us that we should “choose a diet low in fat.” Consequently, millions of people who have diabetes continue to eat a diet that is high in carbohydrates.

Yet, diabetes is a condition in which “the normal utilization of carbohydrate is impaired.” This was the clear statement in the landmark medical text, The Principles and Practice of Medicine, by Sir William Osler, who has often been called the “Father of Modern Medicine.”

The connection is that a low-carb diet essentially implies a diet high in fat. Only fat can provide the immediate energy we need when we cut back on carbs. Ever since 1863 when William Banting (a distant relative of Sir Frederick Banting, who discovered insulin) published a booklet called Letter on Corpulence, the world should have known that switching from a high-carb to a high-fat diet works well to reverse obesity and to manage diabetes.

The lessons of this sugar scandal for those of us who have diabetes are, first, that we should place the least trust in the food industry, which has its own agenda. Then, we need to consider studies in professional journals as long as we know the funding sources and take their conclusions with a grain of salt. Ultimately, that the most trustworthy guide is our own experience.