Amelia M.L. Montes is many things: a university professor, a writer, and a person who is successfully managing her diabetes. One thing she is not: a diabetic.

“Diabetes is a chronic disease that I have and that I daily manage,” Dr. Montes says. “It is not who I am.”

Describing herself as a Chicana and a Latina, she was born in Los Angeles and then raised in East Los Angeles, the largest Hispanic community in the country. Dr. Montes’s parents were recent immigrants from Mexico, and she spent her childhood living on both sides of the border. Her publications always use her full name and title, Amelia María de la Luz Montes, Associate Professor of English and Ethnic Studies at the University of Nebraska-Lincoln. 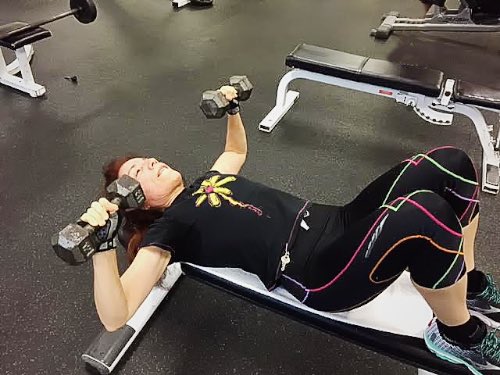 I have known her as Amelia ever since she emailed me six years ago to write that her doctor had told her three days earlier that she had diabetes. “I’m upset, freaked out, depressed, and scared,” Amelia wrote me then. About nine months later when she visited me in Boulder, Colorado, she was doing better. Now, she has become a role model for her success in managing this disease.

You did your best to manage your health even before your doctor told you that you have diabetes, Amelia. Hispanics are almost twice as likely as non-Hispanic whites to have diabetes. Do you think that there is a connection?

It’s definitely genetic. When my diabetes was diagnosed, I was 52 years old and fit.

My father had severe diabetes, mainly because he smoked and never took care of himself. He had a stroke at 63 and was paralyzed on his left side. When he was 64, he killed himself.

You have said that your vigilance in managing your diabetes was your fear of its complications. Because fear is counterproductive for most people, why did it work for you?

My study and education about the disease has helped me move from fear or worry to action and empowerment. At this point in my life, I do not fear diabetes anymore. Fear always disappears when knowledge comes into play. Everyone fears what he or she does not understand.

As a child, I did not know anything about diabetes. All I knew was that my father was suffering a number of problems, which now I understand to be neuropathy, depression, and cardiovascular disease, which caused the stroke.

I had family members who had amputations and also suffered blindness, and the name diabetes was always attributed to missing toes and legs and to strokes. Their lives were cut short by all the various complications that come with diabetes. I knew I did not want that to happen to me.

You wrote in your blog that “meditation is key?” How does it help you manage your diabetes?

Meditation is indeed key because it allows the body to heal and it allows the mind to reach levels of clarity. During a good night’s sleep, the body is healing from the previous day’s stress.

Meditation has the same effect. It settles the mind, clears it, allows one to breathe, be mindful, to stay within that moment. After meditating for even just a few minutes, the transformation is amazing.

How are you coming with your book that you have tentatively been calling “The Diabetes Chronicles”? When do you hope to have it published?

Very soon. It’s taken me six good years of research. I’m grateful that it has taken a while, first, because the learning curve to acquire a working knowledge of diabetes management, as you know, does take a while. And then, there is so much more research now than in previous years.

It’s exciting but also daunting. My task is not to write a medical book, but instead it is a mixed genre work that is personal, historical, medical, academic, and, hopefully accessible to the public.

The book also has a new title, but I’m waiting until it’s completed to announce it. It’s a really good one, which, I hope, will encourage people — and not only people who have been diagnosed with diabetes — to read it.

How are you doing now in managing your diabetes?

I have never taken any diabetes medication. I am still on 20mg every night of lisinopril. It’s an ACE inhibitor that treats high blood pressure.

My regimen is to do one of these exercises every day:  60 minutes on an elliptical and weight-lifting; 30 to 40 mile bicycle rides; Iyengar yoga and meditation.