Why You Aren’t Managing Your Diabetes Better

With so many new diabetes drugs available, we could be managing our blood glucose a lot better. In the past 10 years alone, the U.S. Food and Drug Administration has approved more than 40 different diabetes treatments. In some clinical trials of these drugs more than half of the participants reduced their A1C level from an average of 8.4 percent to the American Diabetes Association’s suggested goal of 7 percent.

Yet in this decade there has been virtually no change in the overall percentage of people with diabetes in this country who have an A1C level of less than seven. Only about half of us had an A1C below 7 in the most recent study. 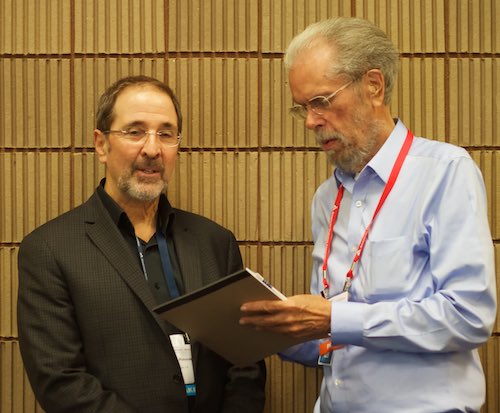 These sobering facts formed the basis of a joint presentation in June 2016 by Steven Edelman, MD, and William Polonsky, PhD, in New Orleans at the American Diabetes Association’s annual convention, the largest annual meeting in the world of diabetes professionals. They addressed a crowd of hundreds of medical professionals on “The Efficacy Mirage in Type 2 Diabetes –Why Do Clinical Trial Results Disappear in Real-World Practice?” in a presentation that I had the opportunity to hear.

Dr. Edelman is the director of the non-profit organization Taking Control of Your Diabetes (TCOYD)  which holds conferences and health fairs that bring together people with diabetes and those at risk of it with medical professionals and diabetes experts for a day of programs to empower the participants to take control of their diabetes. He is also a clinical professor of medicine at the University of California, San Diego (UCSD). Dr. Polonsky is the president of the Behavioral Diabetes Institute in San Diego and an associate clinical professor of psychology at UCSD.

Why aren’t you getting healthier?

Clearly, the effectiveness of these new diabetes drugs is not translating into real world experience. So why aren’t people with diabetes seeing improvements in health?

The answer, say Drs. Edelman and Polansky, is just as clear. Poor adherence accounts for three-fourths of the gap between the clinical trials and the results in the real world.

Nearly one-third of new prescriptions are never even filled, Drs. Edelman and Polonsky reported. Persistence rates are even worse: less than a quarter of the people who start taking diabetes drugs continue taking them for more than a year.

Drs. Edelman and Polonsky viewed the problem from the standpoint of the doctors who prescribe these drugs to us. But basically it’s a problem for people with diabetes.

So when I had the opportunity to sit down and talk with Dr. Polonsky, I asked him to turn the presentation around so we could see it from our perspective.

“When I talk to folks with diabetes,” he replied, “I tell them to be successful with diabetes you need to work with someone who you feel is on your side. You need to have a doctor you trust.”

Trust is a major factor

A major factor why people don’t take their prescriptions is that they don’t trust their physician, Dr. Polonsky says. “Most of us would rather not be taking medication. We aren’t sure that it would be helpful. But if I am talking to a doctor who I trust and he says, ‘Look, I think this might be really useful for you,’ and I feel that he is rooting for me, then I’m more likely to take it than if I am sitting with somebody I don’t trust, who I don’t think is treating me like a human being, who isn’t treating me in a collaborative fashion.”

But, I asked, if you don’t get along with your doctor, should you move on? “Often, but not always,” Dr. Polonsky replied. “There are terrible physicians who should never be allowed to interact with people.”

“But some physicians are open to feedback and can change,” Dr. Polonsky says. “Give them a chance. When you show up with a short list of the things that need to be addressed, a good physician will think, ‘Wow!’”

Agree with your doctor on your personal A1C goal

When you get a doctor who you trust, the two of you need to make an agreement about what is the right A1C goal for you personally. For some people that A1C goal can be 6, but for other people a goal of 6 is dangerous or impossible.

“The A1C test is the most underused motivational tool in the world,” Dr. Polonsky says. We need more frequent A1C testing, for people to really understand what it means, and for them to accept their level and not feel judged about it, he continues. It can give you the feedback you need to see that your medication is helping you.

The solution to this efficacy mirage is up to us as much as it is to our doctors. When you find a doctor who you trust, agree with your doctor what your A1C level needs to be. Then, when you test frequently, using the A1C test as a motivational tool, you will want to take your prescriptions. You will be healthier as a result.