This Is the Only Bad Fat Now

We were wrong about saturated fat, which was probably the most terrible mistake in the history of nutrition. Not long ago we called trans fat the worst fat, as I wrote in 2002 at “New Label for Worst Fat” for Diabetes Wellness News. But now we know that it is the only bad fat, because saturated fat is off the hook. 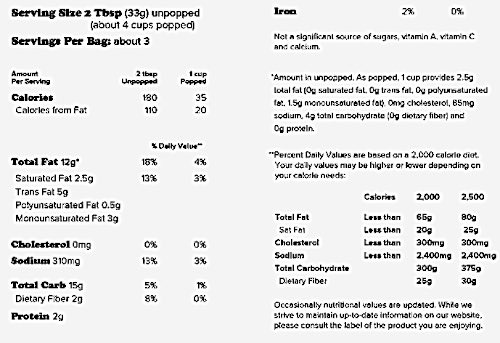 Until the past few years most of us — myself included — believed the myth. It started with a deeply flawed study initiated by Ancel Keys and was written into official U.S. policy by the infamous 1977 McGovern committee report, as this article, “Time Magazine: We Were Wrong About Saturated Fats,” lays out so clearly.

During the last few years so many studies have debunked the myth about saturated fat that I have a hard time to keep up with them. But they include:

“Association of Dietary, Circulating, and Supplement Fatty Acids With Coronary Risk: A Systematic Review and Meta-analysis” in Annals of Internal Medicine

“Evidence from randomised controlled trials did not support the introduction of dietary fat guidelines in 1977 and 1983: a systematic review and meta-analysis” in Open Heart

The full text of the new review is free online at “Intake of saturated and trans unsaturated fatty acids and risk of all cause mortality, cardiovascular disease, and type 2 diabetes.” BMJ just published it a week ago. This massive review analyzed the results of 73 studies on saturated fat and 50 studies on trans fat published in the past 30 years and health outcomes in hundreds of thousands adults.

This new study is more interesting for what we learn about trans fat than about saturated fat. First, we need to notice that it is “industrial” trans fat that is the problem. Industrial trans fats are those that some companies have chemically altered by partially hydrogenated plant oils to increase the shelf life of some foods.

Trans Fat Is Still in Our Food

Of course, the government can’t ban trans fat. It could in theory ban industrial trans fat as the media has reported. But it hasn’t done that, so we still need to use our own judgment.

What happened was that in June the U.S. Food and Drug Administration determined that trans fat is not “generally recognized as safe.” It gave food companies three years to get it out of our food or to petition it for an exemption. In fact, that’s exactly what the Grocery Manufacturers Association did a few days ago.

The associate’s statement says that food companies “have already voluntarily lowered the amount of trans fat added to food products by more than 86 percent.” Indeed, when I searched the cookie, candy, and cake aisle of a local supermarket a few days ago, I found far fewer foods with trans fats than when I did that in 2002 for my first article about trans fat.

But I was surprised at how much trans fat I found in some products, particularly in microwave popcorn, which is probably one of the worst foods for several reasons. I found two brands loaded with trans fat, Pop Secret and Kroger’s house brand. This proves to me that we can’t afford to relax our vigilance yet.

Looking AHEAD to Weight Loss