The Tasty Bean that Doesn’t Raise Your Blood Sugar

It would be great if you could eat tasty meals that are high in carbohydrates while keeping your blood sugar low. Actually, even if you have diabetes and otherwise follow a very low-carb diet, you can do precisely this.

If you have had diabetes for a while, you know that when you chow down on carbs, your blood sugar level is sure to go up. But there’s an exception. In the United States this food is a little-known secret, but in India it’s well-known.

It’s my fault — at least in part — for keeping this special carbohydrate food a secret. I have known about it ever since 1994 when I began to gather information on the Glycemic Index. I’m not sure when I first wrote about it on my own website, but it was in 1998 or earlier, and I have eaten it since then even as I otherwise follow a very low-carb diet. I have mentioned this food in passing here at HealthCentral.com, but I just realized that I never previously gave it the attention here that it deserves. 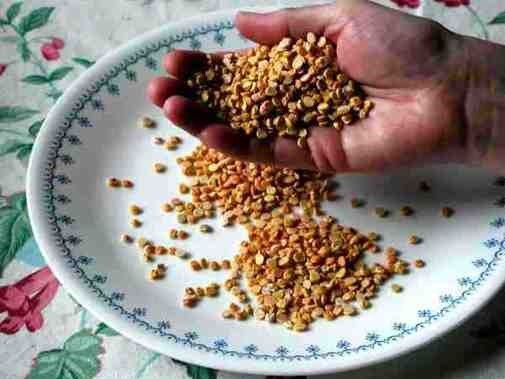 Now the secret is out: I’m talking about chana dal, which in India is sometimes also known as Bengal gram dal (or dhal) or chholar dal. Its scientific name is Cicer arietinum Linn, which actually doesn’t help us, because this the same scientific name as that of garbanzo beans (chick peas), which have a higher Glycemic Index.

Chana dal and garbanzo are different “market classes,” according to Dr. Hans-Henning Mündel, research scientist (plant breeder) at Agriculture and Agri-Food Canada Research Centre in Lethbridge, Alberta, Canada. Distinguishing between chana dal and garbanzo beans by looking at them either raw or cooked is difficult, because the only apparent differences are that garbanzo beans are bigger and chana dal is sold as split beans. But your body knows the difference.

It Has One of the Lowest Glycemic Indexes

Chana dal has one of the lowest Glycemic Indexes of any foods ever tested, even though almost two-thirds of its calories come from carbs. Its index is 8, where glucose is the index food, 100, and garbanzo beans has a GI of 36.

But when we buy chana dal, unscrupulous vendors have been known to substitute something else, yellow split peas, that are hard to distinguish from chana dal, at least until we cook them. Still, when we look at them carefully, raw yellow split peas appear to be quite smooth, while raw chana dal is somewhat wrinkled. Chana dal is also very forgiving on how long we need to cook these beans. When they are done, they aren’t hard anymore, and they don’t cook down to mush like yellow split peas do. That wouldn’t be so bad, except that these split peas have a Glycemic Index of 25 and don’t taste nearly as good.

Fortunately, we now have several reliable sources of chana dal which I show in the article on my own website at “Chana Dal.” Even better, we now have an organic option, the “24 Mantra Organic” brand, which several retailers offer and which I use exclusively.

How You Can Use This Secret Carb

How to use the chana dal that you cook? You can substitute chana dal for the garbanzo beans that you used to use in everything from hummus to a salad ingredient. Near the end of my long chana dal article at mendosa.com you can find dozens more recipes.

When I started to write this article, I had just began to cook up a few cups of chana dal to add to a new recipe. One of my favorite Indian and Pakistani dishes is saag, a puree of spinach or other greens along with added spices and sometimes other ingredients such as paneer, a fresh cheese. Instead of paneer, a friend of mine from India made saag with chana dal for a potluck a few days ago. It was so tasty and good for my blood sugar.

Do you know of any more great recipes for using chana dal?

Do You Get All the Fiber You Need?