The Best Time for a Short Walk

When people with Type 2 diabetes walk after eating, blood glucose levels averaged a drop of 12 percent more than at any other time of the day. This is the conclusion of a randomized crossover study that the journal Diabetologia first published online in October 2016. The study’s lead author, Andrew Reynolds, Ph.D., of the Department of Human Nutrition, University of Otago, New Zealand, sent me the full text. 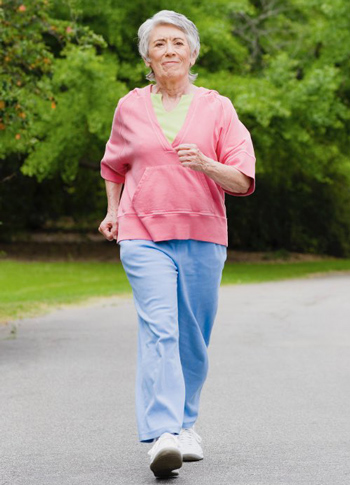 The researchers prescribed walking to 41 people with Type 2 diabetes in two-week blocks, separated by a month. The people in the study were instructed to walk either for 30 minutes a day or to walk for 10 minutes after each main meal, starting within five minutes after they finished eating. When they took their 10-minute walks, their post-meal blood glucose levels averaged 12 percent lower than when they took a 30-minute walk at sometime during the day.

“Most of this effect came from the highly significant 22 percent reduction in blood sugar when walking after evening meals, which were the most carbohydrate heavy, and were followed by the most sedentary time,” Dr. Reynolds wrote me by email.

The American Diabetes Association’s (ADA) most recent physical activity recommendations for all adults with diabetes is to get at least 150 minutes per week of moderate-intensity aerobic physical activity. It recommends that people spread the activity over at least three days of the week with no more than two consecutive days without exercise. But the ADA doesn’t advise any particular time.

The new research may or may not lead to a revision of the current physical activity guidelines. But it already validates the anecdotal experience of at least two people — my late wife and me.

“I well remember when my late wife Catherine asked what she could do when her blood glucose meter showed that her level was above 200 about an hour after dinner one night,” I wrote in the article “Easy Steps to Diabetes Control” on HealthCentral.com in 2013.
“I suggested that we take a brisk walk around the block. When we got back home, she tested again, and her level was almost down to normal.”

Catherine wasn’t taking insulin injections then. So physical activity was the only tool she had to bring down her level when it got out of hand.

Actually, Catherine and I waited too long that evening to manage her blood glucose. Studies that I reported in 2006 in the article “New Time to Test Glucose Levels” show that people with diabetes reached peak levels about 72 or 74 minutes after a meal. Catherine’s peak level would have been much less if we had gone for a walk right after dinner.

The higher blood glucose levels that people with diabetes have after meals are more important than high fasting levels for many people, I reported in the article “When is the best time of day to test?” in 2005. Studies show that high blood glucose levels after meals have a greater impact on A1C levels among people who have their diabetes under good control than among those with poor control.

When activity helps most

Even if your A1C level is still quite high, it makes sense to help bring it down to normal. An easy way to help reduce your level is to walk right after you eat. This is especially important when you eat a lot of carbs.

No Time for Exercise