Marijuana can get you high. But for people with diabetes the news is better.

One of its components might also help you manage your blood glucose. This is the startling conclusion of a study in the October 2016 issue of Diabetes Care. 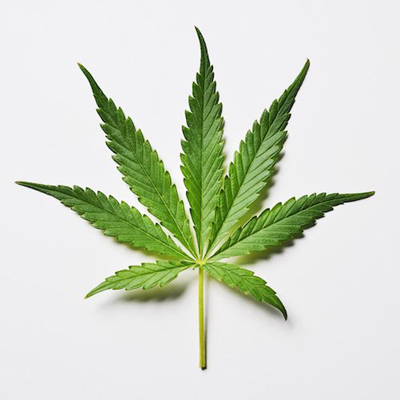 British researchers studied 62 people with Type 2 diabetes with high lipid levels at four centers in the United Kingdom. The study met the high standards of being randomized, double-blind, and placebo-controlled.

Only the abstract of the study is free at the Diabetes Care website. But the full text of the study’s un-copyedited manuscript is online at the University of Westminster, where one of the researchers work.

The study didn’t focus on the major chemical in marijuana that affects the mind, THC (technically delta9-tetrahydrocannabinol). Instead, researchers studied two of its less mentally potent chemicals, CBD (cannabidiol) and THCV (delta9-tetrahydrocannabivarin). Depending on how much people use, CBD and THCV have little or no effect on mental processes.

The researchers especially wanted to see what change, if any, CBD or THCV had on HDL (good) cholesterol levels. But they were also interested in other changes, including glycemic control and the total lipid profile.

They found that these derivatives of marijuana made no change in HDL or in LDL (bad) cholesterol. But they discovered that one of its chemicals, THCV, significantly decreased fasting glucose (from an average of 133 to 121 mg/dl during the 13 weeks of the study) and improved the functioning of beta cells in the pancreas.

THCV isn’t for sale yet except as a component of marijuana. Medical marijuana is legal in 25 states. Four states — Colorado, Oregon, Washington, and Alaska — and the District of Columbia — have legalized it for recreational use.

Derivatives of marijuana like the ones in this study are still a hot potato. None of the medical doctors who I contacted for their comments on using a derivative of marijuana to help manage diabetes was willing to be quoted. Not even a doctor in Colorado, one of the first states to legalize marijuana, would go on the record about it, but he did reply to the email message I sent him.

Jeffry Gerber, M.D., was the doctor who a decade ago made it possible for me to use exenatide (Byetta). That changed my life. All he would only tell me in response to my email is that the study is “interesting, but I’m not sure about aligning myself with cannabinoids.”

Like Dr. Gerber, I won’t recommend marijuana or the chemicals in it. Full disclosure: I have experience with the drug, and am not a fan of it. Now, I won’t use any mind-altering drugs, except when I have to take something to manage severe pain, and I hope not even then.

While marijuana certainly will make you high, the component in it called THCV may not affect your mental processes. If and when you are able to buy it, this could be good news.

You Can Stop Refrigerating Your Byetta

Negotiate for Your Diabetes Drugs