The Stigma of Having Type 2 Diabetes

Many of us who have Type 2 diabetes feel the stigma of our condition. For most of the 22 years that I have known I had it, I was reluctant to tell anyone that I have diabetes. Until a few years ago, I would describe myself, if asked, as a medical writer, even though my full-time work is writing about diabetes and advocating for people who have it. 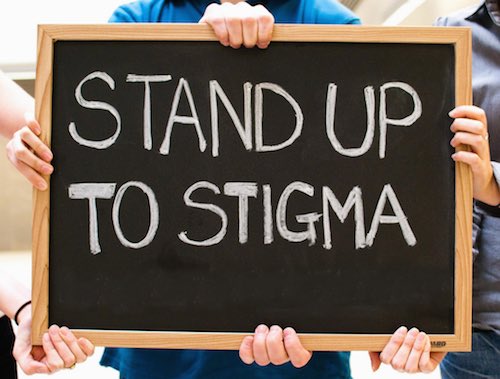 Likewise, only recently have researchers begun the scientific study of the stigma of diabetes and the physical and mental effects that it has on us. Until now, quantitative research has been limited by the absence of reliable and validated measures of perceived and experienced diabetes stigma.

Compared to what we know about the stigma affecting people with other chronic conditions, the diabetes evidence is sparse. We know much more about how people with HIV/AIDS, obesity, and epilepsy are stigmatized. I know directly about the stigma of having epilepsy because my mother was so ashamed of having it that she never told her children.

Now, researchers can use the new Diabetes Stigma Assessment Scales to systematically study the effects of stigma on people with Type 1 or with Type 2 diabetes. These scales were reported in a late-breaking poster presented at the American Diabetes Association’s convention of about 16,000 professionals in New Orleans this June. I represented Health Central there.

We do have some quantitative research about diabetes stigma. I also found narrative reviews and reports of personal experiences, including job discrimination, restricted opportunities in life, and unfair judgments.

A survey just reported that 76 percent of adults with diabetes have felt judged by family members or friends for how they manage their diabetes. And 54 percent of them frequently feel judged. I obtained a copy of this survey of 500 adults with diabetes from a representative of Roche, which commissioned it from Wakefield Research.

In 2013, the researchers who developed the new assessment scales reported what they think was the first qualitative study of diabetes stigma. Noting then that they needed more research in how to measure stigma, they published their findings of this small study in the professional journal BMJ Open. Their key conclusion was that of the 25 adults with Type 2 diabetes in the study, 84 percent reported that they felt their condition was stigmatized or they reported evidence of stigmatization.

The things we need to do can lead to stigma

When someone has Type 2 diabetes, it’s not immediately obvious, the study points out. But needing to take diabetes drugs or insulin injections, checking blood glucose levels, and following a different diet may be conspicuous. When people inject insulin in public, others may assume they are drug addicts. The symptoms of low blood glucose can include confusion and dizziness, which can be mistaken for drunkenness. Any of these activities can lead to diabetes stigma.

But what do researchers mean by stigma? The research often quotes what Professors Mitchell Weis and Jayashree Ramakrishna published a decade ago in the influential journal The Lancet:

“A social process or related personal experience characterised by exclusion, rejection, blame, or devaluation that results from experience or reasonable anticipation of an adverse social judgment about a person or group identified with a particular health problem. The judgment is medically unwarranted.”

Stigma can lead to poor self-management

The most comprehensive narrative review that I discovered was a 2013 study in the journal Patient, “Social Stigma in Diabetes.” It concluded that the stigma “has a significant impact on psychological well-being.” But that is hardly all. Depression often can lead us to ignoring the diabetes with the inevitable result that we stop managing our condition well.

This narrative review also noted the ironic consequence of the landmark Diabetes Prevention Program. This study reported 15 years ago that “changes in lifestyle” can often stop the progression of prediabetes to diabetes. Type 2 diabetes is now widely known as a “lifestyle disease,” blaming the victim and further contributing to the stigma of the condition.

Education is the best hope

The best hope for reducing the stigma of diabetes, the narrative review concluded, will likely be education. Another ironic consequence, this time a positive one, is that as the diabetes epidemic continues to grow, diabetes knowledge will spread along with the condition itself.

Mindfulness and Meditation May Help Lower Your A1C