You Can Use Metformin Even with Reduced Kidney Function 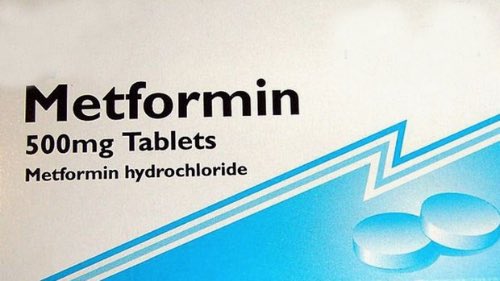 Metformin and 18 brand-name drugs that include it are safe for millions of people with diabetes who have reduced kidney function. This month, the U.S. Food and Drug Administration issued a drug safety communication that will let at least 2.5 million more Americans who have this disease use this diabetes drug.

In addition to metformin itself, which is a generic drug, it remains available as Glucophage, the original brand name. Other brands of metformin that the FDA’s decision affects include Actoplus Met, Avandamet, Glucovance, and Janumet.

The FDA concluded that “metformin can be used safely in patients with mild impairment in kidney function and in some patients with moderate impairment in kidney function.” When you have impaired kidney function or kidney disease, your creatinine level will be too high. Until now, the prescribing information for drugs containing metformin stated that people with moderately high levels of creatinine in their blood should not take it. For women this level was 1.4 mg/dL and for men 1.5 mg/dL.

Now, the FDA says in addition to creatinine, your doctor also needs to consider another measure of kidney function. This is the glomerular filtration rate estimating equation, or eGFR. People shouldn’t start taking metformin if it is below 30 mL/minute/1.73 m2. The FDA also doesn’t recommend that you take metformin when your eGFR is between 30-45 mL/minute/1.73 m2.

The myth of lactic acidosis

The restriction of metformin’s use among people with kidney problems was based on “a serious and potentially deadly condition called lactic acidosis, in which too much lactic acid builds up in the blood.” But recent studies show that this fear of lactic acidosis is a myth.

The most influential of these studies is a Cochrane meta-analysis of data from 347 comparative trials and cohort studies. They didn’t find a single case of lactic acidosis in more than 70,000 metformin patient-years.

The FDA’s decision comes as a response to “citizen petitions.” One of them is a Citizen Petition from Kasia Joanna Lipska, MD, and Silvio E Inzucchi, MD, both of whom are endocrinology professors at Yale University School of Medicine. Their petition urging the FDA to update its guidelines assembled the support of more than 100 signatures from diabetes experts throughout the country.

Earlier, these two endocrinology professors had co-authored two comprehensive studies of the problem. In 2011, Diabetes Care published “Use of Metformin in the Setting of Mild-to-Moderate Renal Insufficiency,” and just over a year ago JAMA published their systematic review, “Metformin in Patients With Type 2 Diabetes and Kidney Disease.” Those studies set the stage for the FDA’s decision this month.

Metformin has at least three things going for it: it is the least expensive diabetes drug that you can get, it is quite effective in helping people with diabetes to reduce blood glucose, and it is certainly one of the safest.

Using it seems to have many positive side effects. Metformin was associated with “a modest but surprisingly durable degree of long-term weight loss,” according to evidence presented at the 2014 annual convention of the American Diabetes Association. Taking it may also reduce calcification of the heart, thereby protecting it. Taking metformin might also be associated with a reduced risk of cancer, according to a 2009 study in Diabetes Care.

Now, many more people who had mistakenly been denied the opportunity to benefit from taking metformin are able to use it. Even if your kidneys aren’t working perfectly, talk to your doctor about getting this drug.