Berberine Is a Diabetes Drug in Disguise 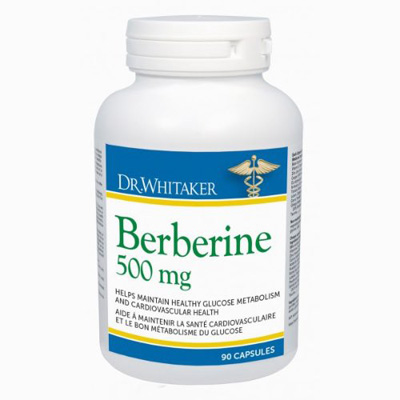 Berberine might be the best supplement that you can take to reduce your blood glucose. But first you need to consider the disadvantages of any supplement.

Berberine has apparently been an important herbal remedy in Chinese medicine for hundreds, if not thousands, of years. Now, it is becoming increasingly well known in the West.

The U.S. National Library of Medicine indexes about 4,000 studies in professional journals that include berberine. This is far more than the 800 on bitter melon and the 200 on gymnema sylvestre, which quite a few people have told me they use to manage their blood glucose. It’s clear that interest in berberine is growing fast: more than 1,500 of the 4,000 studies were published in the last five years.

But people use berberine for many conditions. Just 243 of these studies are about berberine and diabetes, and 79 of them are human studies (the others are studies of berberine in animals or in test tubes).

One of these human studies was a randomized, double-blind, placebo-controlled and multiple-center trial that the Journal of Clinical Endocrinology & Metabolism reported in 2008. This study included 116 people newly diagnosed with diabetes with moderately high blood glucose levels who hadn’t previously had any diabetes treatment. Those people in the group who took 500 mg of berberine twice daily for three months had significantly greater improvements in their glucose levels both before and after eating than those who took a placebo. The reduction of A1C from an average of 7.5 to 6.6 is about as much as you can hope to achieve with any diabetes treatment.

A pilot study, also published in 2008 but in the journal Metabolism, compared berberine and metformin. This three month study randomly assigned 36 people who had been newly diagnosed with diabetes to either berberine or metformin and found that they had an  “identical effect” in regulating blood glucose.

Another small study of 24 people with pre-diabetes was a randomized, double-blind, placebo-controlled trial. This study, published two years ago in the journal Metabolic Syndrome and Related Disorders, found that the people who took 500 mg of berberine three times a day had significant decreases in blood glucose and insulin levels. Those who took a placebo had no significant changes.

Safety and side effects

A review of studies of berberine and diabetes concluded that berberine “generally appeared to be safe.” However, a separate study, which that review did not consider, shows that berberine can increase bilirubin, which when high can cause jaundice in babies. Women who are pregnant or nursing are cautioned to avoid berberine.

Otherwise, these none of studies turned up any serious side effects. The most commonly reported side effects were “gastrointestinal discomforts including constipation, diarrhea, nausea, and abdominal distension.”

Why do people take supplements?

Most people who tell me that they prefer to take a supplement rather than a prescription drug say that they are concerned about the side effects that drugs can cause. But the trouble is that any supplement that can do anything to help you might also do something that would hurt you.

This includes berberine, even though it now seems safe. But unlike prescription drugs, the U.S. Food and Drug Administration isn’t allowed to regulate the safety or effectiveness of supplements as long as the manufacturers don’t make any claims about preventing or treating disease. Consequently, the FDA considers supplements only as foods. Pharmaceutical drugs, on the other hand, must be tested to ensure they are both safe and effective. The law, in fact, prohibits the FDA from doing anything about supplements until they have been proven to cause harm or death.

One person wrote me that he prefers to take a supplement like berberine because he is “drug averse.” But because of my concern about side effects that haven’t been discovered yet, I prefer to avoid all diabetes supplements, which are really drugs in disguise, as well as prescription drugs for diabetes.

Even prescription drugs, no matter how well tested in many people, can have dangerous side effects for some of us. That’s the main reason why I stopped taking any diabetes drugs almost 10 years ago. My very low-carb diet is the best way that I know to manage diabetes without drugs.

S is for Supplements

High-deductible Health Insurance Can Be Expensive