Is a Lower A1C Level Better or Worse?

It seems logical that the lower our blood glucose levels are the better we will be. Most of us have always assumed that lower blood glucose levels would protect us better from the complications of diabetes. In fact, during the past two decades several studies showed a linear relationship between blood glucose, as measured by A1C levels, and worsened health. 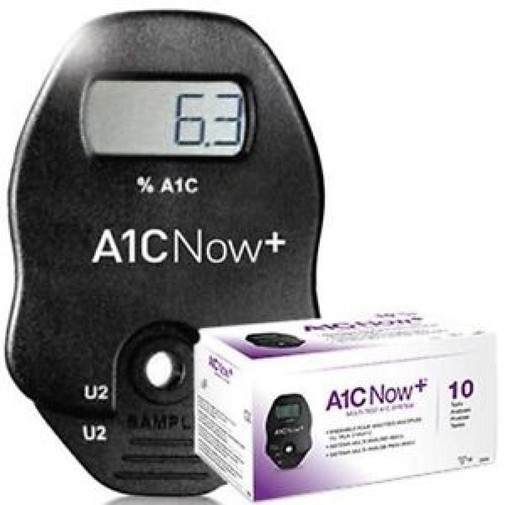 But now, several recent A1C studies have shown a J-shaped relationships, in which at the lower end some bad things happen, at the center things are better, and at the top end things are terrible. While linear relationships are the rule in observational studies, U-shaped and J-shaped curves aren’t uncommon, and some authors lump both of these shapes as U-shaped.

All of the studies relating A1C levels and ill health — the earlier ones and the recent ones alike — are observational.  They study correlations, which aren’t proof, because other confounding factors that the researchers didn’t take into account could have been the problem.

The first of these newer studies showing that a very low A1C level is unhealthier than a higher one came out in the February 2015 issue of Diabetes Care. This analysis of the German National Health Interview and Examination Survey 1998 that studied about 6,300 people for about 12 years indicated that people with an A1C level of 5.4 to 5.6 had the lowest risk of excess mortality.

Because this result puzzled me so much, I asked Dr. Richard K. Bernstein for his reaction.

“These A1c measurements were made years ago in Germany,” he replied, “before international agreement on how it would be measured. The modern elution method would likely give considerably different results. It is even possible that several different methods were being used at different sites during the study.”

Even more recently, however, I came across a similar finding for a specific complication of diabetes — dementia. While the study itself, which I reported here last month, doesn’t report the finding, the author subsequently stated that “very low HbA1c levels were associated with increased risk of developing dementia.”

What’s the cause and what’s the result is the question, Dr. Naveed Sattar commented. “In people who have very low blood glucose levels, below guideline levels, I suspect that there are other reasons that they are sick and their A1C is low because of this and that then leads to dementia,” this professor of metabolic medicine at the University of Glasgow, says.

A1C target levels are based, of course, on minimizing the complications of diabetes and take into consideration the levels that people without diabetes have. But the targets vary widely.

The latest recommendations of the American Diabetes Association in its current “Glycemic Targets” for most people is a level below 7.0 percent. The ADA adds that we may have “more stringent A1C goals such as below 6.5 percent” if we don’t take diabetes drugs that can cause hypos. The ADA doesn’t say here what they consider a normal A1C level to be.

The ADA’s recommended A1C level is one extreme. Dr. Bernstein stands at the other extreme. “A truly normal HgbA1C ranges from 4.2 percent to 4.6 percent,” he wrote in Dr. Bernstein’s Diabetes Solution (fourth edition, page 57). On several later pages of this book, Dr. Bernstein states that this should be our blood glucose goal.

I haven’t been able to find any studies that support either extreme. One small study that I discussed in “The Normal A1C Level” here several years ago indicated that a normal level is probably between 4.7 and 5.7.

This study is in fact consistent with an ADA study in its journal Diabetes Care by a group of a dozen of our most well known diabetes researchers who set out to define what our A1C levels would be if we were for all intents and purposes cured of diabetes. This “consensus group” of experts defined cure as complete remission for a long enough time that the risk of recurrence is very low. Specifically, they determined that this A1C level is one in the normal range for at least a year without taking any diabetes drugs of ongoing procedures. That level, they write, is 5.6.

On a very low-carb diet we can easily bring our A1C level down to 5.6. Personally, my level has stayed close to 5.5 in dozens of tests for the last eight years on such a diet and without using any diabetes drugs. But until now I longed to bring my level below 5.0, much closer to Dr. Bernstein’s recommendation.

I wonder now, however, whether a level of about 5.5 might be the safest. While nobody knows for sure what the best A1C level is, it seems clear that it for our safety we must keep it below 6.0.

Check Your Blood Sugar Without Pain

A New Audible Meter for People with Diabetes