Unless people with diabetes are taking insulin, they waste their time and money when they test their blood sugar. 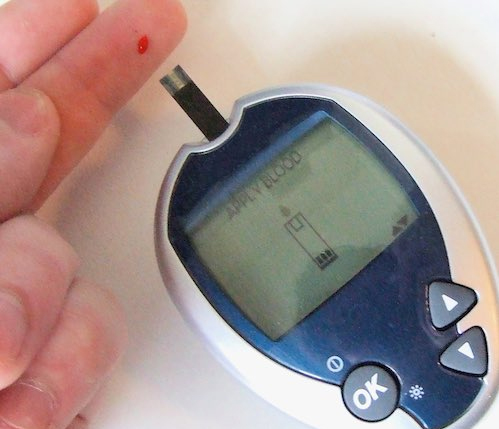 I agree with the conclusions of a review from the Cochrane Collaboration, the most respected group that reviews scientific studies. The review concluded that among people who have had type 2 diabetes for more than one year and aren’t using insulin the effect of testing “is small.” And when they have diabetes longer it makes even less difference. Even worse: no evidence shows that testing “affects patient satisfaction, general well-being, or general health-related quality of life.”

Yet all of us who have diabetes must regularly check our blood sugar.

The first problem is testing at the wrong time. When our A1C level is above 8.4, “fasting hyperglycemia plays a major role,” according to a careful study in the professional journal Diabetes Care. So it makes sense to focus on fasting tests when we are diagnosed.

But when we begin to manage our diabetes, our blood sugar levels after eating are more important, according to another study in Diabetes Care. But our doctors and nurses don’t always tell us that, or maybe we just we don’t hear it.

Testing two hours after the first bite of a meal is when those of us with well-controlled diabetes need to check our blood sugar. But not after every meal, just those when we eat more than a few grams of carbohydrate, which is the only thing that will have much effect on our levels.

The second problem is that few of us know how high our blood sugar should be after we eat. When our blood sugar level is too high after eating, we are more likely to get complications from our diabetes. Since people who don’t have diabetes rarely have a level above 140 mg/dl two hours after eating, the American College of Endocrinology recommends this level as our target.

On the other hand, Dr. Richard K. Bernstein considers this level to be “unacceptably high,” as he writes in Dr. Bernstein’s Diabetes Solution. His personal target, which he also sets for his patients, is 83 mg/dl, because of the lower mortality rate at that level. This is the level that I also strive for.

The third problem is that we usually do nothing other than writing down the number. Testing our blood sugar, keeping a record of it, and even knowing how high is safe doesn’t change on our levels. These are only the first steps. Knowledge of our levels and what they need to be can give us power over managing them, but only if we do something.

If we find that our levels are too high, the one thing that will bring it right down is exercise. It actually doesn’t take a lot, as I well remember when my late wife’s blood sugar level was about 250 mg/dl after dinner one night. She wondered what she could do, and I suggested that we go for a short walk. When we returned, her level had dropped considerably.

4. Use testing to change

When we understand how different foods affect our blood sugar, long term diabetes management becomes just as straightforward. The key is accepting that diabetes is a disease where we can’t handle carbohydrates like most people can. Carbohydrates have an outsize effect on our blood sugar levels. Protein will have a small effect, and fat has none.

As a result, it’s only when we eat lots of carbs that our levels shoot up. The worst culprits are the grains and other starches, like potatoes.

With testing, see for yourself how different foods increase your blood sugar levels. And then take the next steps.

The Smallest Meter in its Class