The benefits of magnesium don’t get enough respect. Until now.

But researchers around over the world published their findings in three different professional journals during November and December 2016. 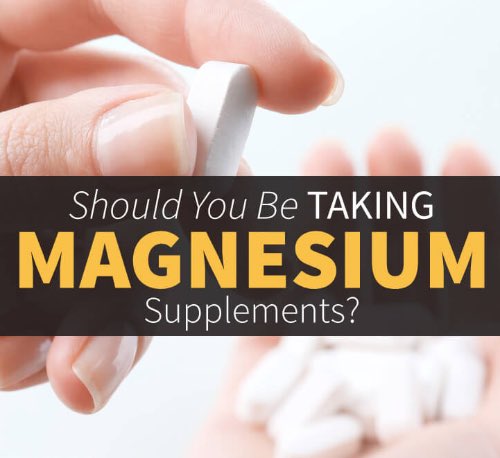 What a meta-analysis means

The media have given attention to one of these three studies. The full text of this study, “Dietary magnesium intake and the risk of cardiovascular disease, type 2 diabetes, and all-cause mortality,” is free online at BMC Medicine, which published it in December 2016.

This is the largest study of its kind to date. Researchers from two universities in China included 40 prospective studies totaling more than one million people in their analysis. Unlike a retrospective study, which looks back at what happened to people, a prospective study watches what happens to them in the course of the study and relates this to suspected risk or other factors. These studies are not necessarily double-blind randomized controlled trials.

This meta-analysis showed that increasing dietary magnesium by just 100 milligrams per day was associated with a 19 percent reduction in the risk of diabetes. Heart failure went down 22 percent, as did stroke, seven percent, and death from all causes, 10 percent.

“Low levels of magnesium in the body have been associated with a range of diseases, but no conclusive evidence has been put forward on the link between dietary magnesium and health risks,” Fudi Wang, Ph.D., stated in a press release. He is a professor at the School of Public Health, Zhejiang University, China, and the study’s lead author. “Our meta-analysis provides the most up-to-date evidence supporting a link between the role of magnesium in food and reducing the risk of disease.”

The second meta-analysis is specifically about diabetes and prediabetes and included 18 studies. These studies are considered the “gold standard” because they are all double-blind randomized placebo-controlled trials (RCTs).

The European Journal of Clinical Nutrition published “Effect of magnesium supplementation on glucose metabolism in people with or at risk of diabetes” in its December 2016 issue. While only the abstract of this study is free online, the lead author, Nicola Veronese, M.D., a research fellow at the University of Padova, Italy, sent me the full text when I emailed him my request.

Dr. Veronese and his coauthors looked at the 12 RCTs of people with diabetes and the six of people at high risk of the condition. They concluded that “magnesium supplementation appears to have a beneficial role and improves glucose parameters in people with diabetes and also improves insulin sensitivity parameters in those at high risk of diabetes.”

The biggest benefit: in the U.S.

The journal Nutrients in November 2016 published the third meta-analysis about magnesium, “Dose-Response Relationship between Dietary Magnesium Intake and Risk of Type 2 Diabetes Mellitus.” It is specifically about diabetes and includes 25 prospective studies.

Nine researchers from Sweden, Norway, China, and the UK cooperated in developing this analysis. They concluded that dietary magnesium intake is associated with a reduced risk of type 2 diabetes. Especially interesting is their finding that “the greatest magnitude in risk reduction was found in the U.S. population.”

In the U.S., the average daily recommended amounts of magnesium intake for most women is 310 to 320 milligrams, and for men is 410 to 420 milligrams. Almonds and spinach are two of the best sources of magnesium, yet most Americans get less magnesium than these amounts from the food we eat.

This is a good reason for us to take a magnesium supplement. When we supplement our dietary magnesium with a pill, we generally get at least the recommended amounts.

These three meta-analyses confirm the earlier and smaller studies that recommended boosting our intake of magnesium. On this basis, I have made sure to get enough magnesium from the combination of the food I eat and the daily supplement I take.

In several articles on HealthCentral, I recommended that people with diabetes increase how much magnesium we get from our diets with a supplement. Now, we can be even more confident that doing so is wise.