You Can Keep Off the Weight You Lose

The “Biggest Losers” didn’t keep off the pounds they lost. If you believe the stories in the media how 14 of them regained most of their weight, you could give up hope of ever being able to maintain a normal weight.

But their failure doesn’t mean that you can’t succeed. 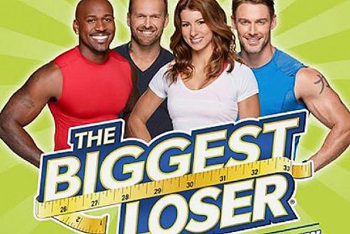 If you have type 2 diabetes, nothing makes it harder for you to manage it than being overweight or obese. This extra weight stops the glucose in your blood from getting to the rest of your body that needs it for energy. When you don’t keep your blood glucose level in the normal range — below 6.0 percent — you increase your risks of complications exponentially.

While one-third of all Americans are overweight, almost everyone who has type 2 diabetes has a body mass index that is above normal. According to the U.S. government’s Third National Health and Nutrition Examination Survey, more than 85 percent of Americans adults with diabetes are overweight. And about 55 percent of us are obese.

In 1994, my BMI was on the cusp of the morbidly obese range, when a doctor told me that a test showed I have type 2 diabetes. But it wasn’t until February 6, 2006, that I began to manage my weight by taking Byetta, the first of the GLP-1 agonists for diabetes management. That morning, when my doctor weighed me on his scales, I weighed 312 pounds.

Not until 13 months later did I bring my weight down to a normal level for my height, 196 pounds. Then, I determined that I could to manage my weight and blood glucose even better without using any drugs, relying instead on a very-low carb diet. After reading and reviewing a large study that shows a low normal BMI is even more healthy, I set my goal to be 156 pounds and reached it more than nine years ago. I lost exactly half of my weight. Ever since then, I have been able to maintain that level within a few pounds, and, in fact, I am a couple of pounds below that level now.

The “doom and gloom” reported in The New York Times and other publications, like CBS News, ABC News, and Medical Daily, made a big deal out of the study that the journal Obesity published about these 14 “Biggest Loser” contestants. It showed that while their metabolism was normal when they went on the show, their metabolism had slowed a lot by the time that their diets ended. Consequently, their bodies weren’t burning enough calories to maintain their weight loss.

So it’s no wonder that they failed to keep off most of the weight they lost. At the end of their 30-week competition, they had averaged a weight loss of 129 pounds, but when the researchers followed up six years later, they had regained an average of 90 pounds of their lost weight. Their average BMI was 49.5 at the beginning of the study, 30.2 at the end of the 30-week competition, and 43.8 when the researchers followed up six years later. All of these numbers are in the obese range.

The biggest difference explaining why I succeeded and these Biggest Losers failed is probably the kind of diet. A study that The American Journal of Medicine published in 2011 shows that Biggest Loser contestants follow a high-carb diet where 30 percent of calories come from protein, 25 percent from fats, and 45 percent from carbohydrates. But a study that JAMA published in 2012 demonstrated that a low-carb diet, like the one I follow, results in the least decrease in metabolism of the studied diets, including one similar to that of the Biggest Losers.

Social support is the other big difference. The people featured on the Biggest Loser program got the applause they needed while they were losing weight. But that public support disappeared afterwards.

Accept and announce your weight. Only when you accept yourself as you are can you make fundamental changes. It’s a sign of commitment. When you accept that you weigh too much, you can reinforce that acceptance by sharing how much your current  weight is and what your goal is. Studies show that when people are watching, we do better.

It was also important for me to be a member of a diabetes support group. I augmented that group support by joining The National Weight Control Registry, a group of more than 10,000 American adults who have maintained at least a 30 pound weight loss for one year or longer.

The study of these Biggest Losers has shortcomings, says Dr. David Ludwig, the director of the New Balance Foundation Obesity Prevention Center at Boston Children’s Hospital. It lacked a control group, and it was also limited by its small size. With a sample size of just 14 people we can’t have confidence that the result is statistically significant.

Unlike these contestants, you can lose the pounds that you need to take off, and you can keep them off. You have the incentive to do that because you know that when your weight is normal you can better manage your diabetes.