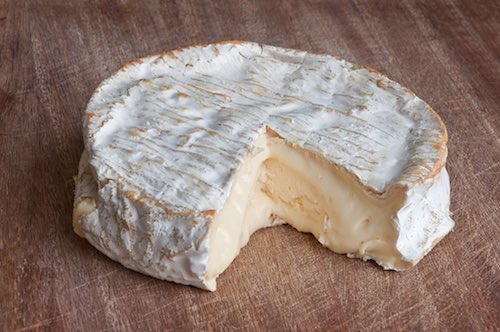 A new study demonstrates that the fat in dairy foods — which is mostly saturated  — can reduce the risk of diabetes. Its findings challenge the U.S. government’s current “Dietary Guidelines for Americans.”

The American Heart Association published the study online a few days ago before printing it in a forthcoming issue of the association’s peer-reviewed journal Circulation. While only the abstract is free online, a representative of the lead author, Dariush Mozaffarian, M.D., the dean of Tufts University’s School of Nutrition Science, send me the full text, which I carefully studied. The seven other researchers are professors at Harvard and Tufts Universities, including two of the best known and widely published nutritionists in the country, Walter Willett, M.D. and Frank Hu, M.D.

The findings of this detailed study, which is 47 pages in total, are clear. This research is based on the Nurses’ Health Study, the world’s largest and longest running health study, and the Health Professionals Follow-Up Study, the largest detailed long-term study of men’s health. These studies, which began in 1976 and 1986 respectively, included 3,333 adult Americans who didn’t have diabetes in the early 1990s. When researchers followed up 15 years later, 277 of them had been diagnosed with diabetes.

Then, the researchers studied what was the difference between the people who had developed diabetes and those who didn’t. After making all sorts of adjustments for things like demographics, metabolic risk factors, lifestyle, diet, and other circulating fatty acids, they discovered that of the 3,333 people, those who had higher levels of three different byproducts of full-fat dairy in their blood had a 45 to 50 lower risk of diabetes than the people who had less. This was a “substantially lower risk of diabetes,” the study concluded.

Dr. Mozaffarian is specifically talking about the Dietary Guidelines for Americans, which have dietary recommendations for dairy foods that have been based on predicted health effects of isolated individual nutrients, such as for bone health and heart disease. The guidelines recommend that we eat low-fat dairy products and minimize whole-fat dairy.

The basis of the guidelines

The Dietary Guidelines Advisory Committee based its scientific report about saturated fat on eight studies. The committee reviewed these studies that were published between January 2009 and August 2014 in English and in peer-reviewed journals.

The studies included both randomized controlled trials, which are generally considered to be the “gold standard” of clinical research, and prospective cohort studies. Most, but not all of these eight studies support the Dietary Guidelines recommendation that Americans in general should limit the amount of saturated fat that we eat to no more than 10 percent of our calories.

The new study, like most, but not all, of the studies on which the Dietary Guidelines are based, is a prospective cohort one rather than a randomized one. The trouble with studies of this sort is always that another factor that the researchers didn’t take into account could be the cause. But “consistency of findings across sensitivity analyses argue against residual confounding as the sole explanation for our findings,” the new study states.

Because this new study shows that when we eat dairy foods that are high in saturated fat we have less risk of developing diabetes, it warrants special consideration for all of us who have pre-diabetes and diabetes. Unlike the Dietary Guidelines that provide generalized advice, this study can help us to overcome an unwarranted fear of fat.

How to Manage Your Diabetes with Coffee

The Insulin Index Is Better for Managing Your Blood Sugar