Take Metformin If You Have Prediabetes

Do you have prediabetes? You might be able to ward it off with the help of one of the diabetes drugs. 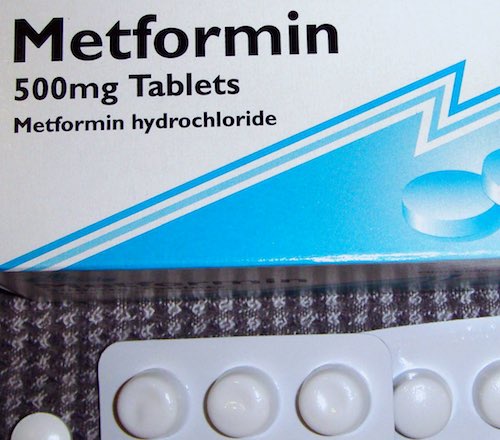 Metformin might stop you from getting diabetes and could also help you in other ways. But persuading your doctor to prescribe it could be a challenge.

The biggest and perhaps the best study of people who have prediabetes showed that taking metformin cuts the risk of diabetes by 31 percent. While this was less than the reduction of 58 percent that the “lifestyle intervention” provided, in real life we usually aren’t able to get that much guidance from our medical team.

By “lifestyle intervention” the researchers meant being in a program that provided information, guidance, and support to help participants lose 7 percent or more of their weight and to get moderately intense physical activity — like brisk walking — for at least 150 minutes a week. But without that guidance, it typically takes a long time to help, and in fact it most people just don’t do it.

Who Metformin Helps Most

The study showed that metformin helped the most among younger people, and with people who had a high body mass index (BMI) or a high fasting blood glucose level. It doesn’t help seniors much.

But the biggest problem with metformin is to have your doctor prescribe it. Only 3.7 percent of insured adults who had a prediabetes diagnosis were taking it between 2010 and 2012, according to a study that the Annals of Internal Medicine published last year. This very low proportion is probably because the U.S. Food and Drug Administration hasn’t approved metformin — or any other drug — for prediabetes. While doctors are free to prescribe it “off label,” some of them are hesitant to do that.

Like any drugs, metformin sometimes has unwanted side effects. The most common one is the nausea that some people get when they start it. But that’s because their doctors often have them start on too high a dose or increase the starting dose too quickly. Anyone starting of metformin needs to read the recommendations of Dr. Roderic Crist at Metformin Forever.

Anyone who takes metformin should also monitor their vitamin B12 level and perhaps supplement it. A small increase in vitamin B12 deficiency is another recognized side effect.

Sometimes taking too much metformin can cause a rare but serious side effect known as lactic acidosis. People who have severe heart or kidney problems are more likely to be affected.

On the other hand, metformin may offer a wide range of potential benefits. More and more of these positive side effects seem to be regularly reported.

Metformin was associated with “a modest but surprisingly durable degree of long-term weight loss,” according to evidence presented at the 2014 annual convention of the American Diabetes Association. Taking it may also reduce calcification of the heart, thereby protecting it.

Taking metformin might also be associated with a reduced risk of cancer, according to a 2009 study in Diabetes Care. This may be because it seems to reduce cell mutations and DNA damage, which means that it also has the potential to reduce aging.

Because of all this, the American Diabetes Association in its 2016 recommendations for the “Prevention or Delay of Type 2 Diabetes” says that “Metformin has the strongest evidence base and demonstrated long-term safety as pharmacological therapy for diabetes prevention.” It “may be recommended for high-risk individuals (e.g., those with a history of [gestational diabetes], those who are very obese, and/or those with more severe or progressive hyperglycemia) and/or those with rising A1C despite lifestyle intervention.”

If you have prediabetes, discuss metformin with your doctor.

Prediabetes Can Be Your Wake-up Call