The Three Ways to Diagnose Diabetes

For years the usual way that we got diagnosed with diabetes was a fasting plasma glucose test. But there are two other ways that we get the news now.

The newest way is when a doctor told us the results of a glycosylated hemoglobin test, which we usually call simply an A1C test. While a few of us learned that we have diabetes after we had an oral glucose tolerance test, that has always been the least common diagnostic tool for diabetes. 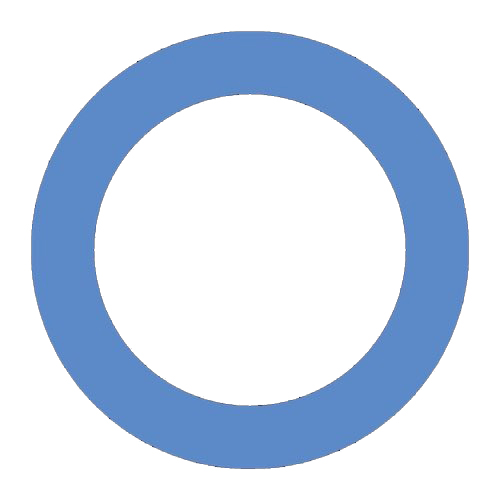 The blue circle is the universal symbol for diabetes

The quickest and easiest is clearly the A1C test. But it has several limitations on its accuracy. In fact, none of these three ways that our doctors diagnose diabetes is perfect.

Because of its advantages, the A1C may now be the most common way we learn that we have this chronic disease. It’s the only one of these three tests that doesn’t require that we have been fasting before hand.

The standard way that doctors diagnose our diabetes is still a fasting plasma glucose test. Since 1997 the cutoff point separating diabetes from prediabetes has been a level of 126 mg/dl (7.0 mmol/l) or more. Doctors have a lot of experience with this test, which is widely available. But because it requires that we fast for eight hours, which is inconvenient for many people, the A1C test has become more popular.

Another old way of diagnosing diabetes is the oral glucose tolerance test, where we swallow a standard dose of glucose and wait two hours for our blood levels to be checked. While it is more sensitive than the fasting plasma glucose test, it also requires that we are fasting. It is also less inconvenient, more expensive, and less reproducible than the other tests.

Its advantages include being at least as good at setting this level of high blood glucose at which the prevalence of retinopathy really takes off. It is the “threshold level that results in retinopathy most characteristic of diabetes.” An earlier expert committee study had found that retinopathy is the closest thing that exists for a biological marker of diabetes. The A1C test also has “appreciably superior technical attributes…and is more clinically convenient.”

But none of the three ways to diagnose diabetes is perfect. Probably the biggest problem is that A1C compared with fasting blood glucose tests miss the diagnosis of diabetes for many people. Other limitations of using A1C tests for diabetes diagnosis is that people who had conditions like sickle cell, thalassemia, anemia, or late-stage kidney disease may actually have diabetes even when they test with an A1C level of 6.5 or less. On the other hand, people who are deficient in iron or otherwise have a of turnover in their red blood cells might not have diabetes even when their A1C tests are 6.5 or more.

In addition, unless the tested blood glucose level is more than 200 mg/dl (11.1 mmol/l), a second A1C test is needed to confirm the diagnosis. These tests need to be made with clinical laboratory equipment because point-of-care devices may not be accurate or precise enough to diagnose diabetes.

Personally, I  found out that I have diabetes more than 21 years ago on the basis of an A1C test. That was, of course, long before this was an accepted diagnosis. But the doctor at the VA Clinic in Santa Barbara, California, who told me that I have diabetes had no doubt that I have the disease and I don’t either. My A1C level was 14.4 and a separate fingerstick test was 312 mg/dl, far above the current cutoff.

How was your diabetes diagnosed?