Do you wonder why your doctor keeps telling you to take more and more drugs to manage your diabetes? Many people with diabetes take three or even more prescriptions for it every day.

A new article in the BMJ, which is the journal of the British Medical Association, reviewed the case of a British man who has had diabetes for 14 years and wondered if his stomach upset problems might be from the drugs he was taking for diabetes, cholesterol, high blood pressure, and coronary artery disease. He “asked if he could cut down on any if they weren’t all needed,” but didn’t want to jeopardize his diabetes control. 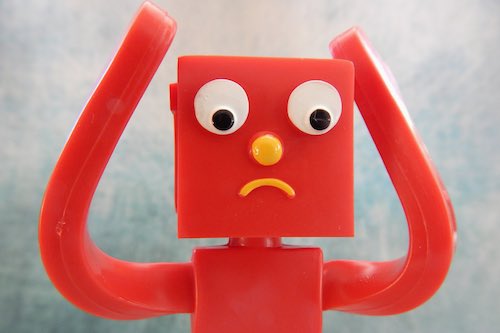 In the article by Doctors David Unwin and Simon Tobin, “A patient request for some ‘deprescribing’” they reported what happened next. They felt that “none of his drugs is essential — they have all been prescribed to reduce his risk of cardiovascular events and the complications of diabetes, not to treat an actual disease.” They appreciated that a better diet and more exercise were alternatives to the drugs.

He Stopped Taking All His Medicine

When he stopped taking every one of his drugs with the support of his doctor, this man began following a low-carb diet and lost more than 35 pounds and his A1C dropped from 6.9 to 6.2. “Despite eating more eggs and lots of full fat Greek yoghurt, and stopping statins” his LDL cholesterol and triglycerides both improved. He feels “much younger again.”

You can read the full case study online by getting a free trial subscription to BMJ, as I did. But for me, the responses were even more interesting. As I write, comments from 29 people from around the world, many of them from doctors and nurses, are free online. I am heartened that each of them support deprescribing diabetes drugs in favor of a low-carb diet.

Strangely, deprescribing is such a new concept in medicine that the word doesn’t appear in any of the dictionaries I consulted. Deprescribing is the entire process of stopping to take a medication, writes Dr. Emily Reeve at Australia’s University of Sydney. It “is more complicated than just not renewing a repeat prescription, or simply telling a patient not to take that medication anymore.”

She has written more about deprescribing than anyone else. PubMed includes links to nine of her articles on deprescribing. I have been in correspondence with her, and she sent me six of them relevant to this article.

Another Australian, Dr. Michael Woodward, wrote the first article about deprescribing in 2003, but, as one of Dr. Reeve’s articles points out, only eight articles published before 2013 even mentioned deprescribing. Even now, “cessation of a medication is the most common recommendation following a formal medication review,” she writes,  “yet it is the least likely to be enacted.”

The Risks Can Outweigh the Benefits

Isn’t it sad that our doctors have been prescribing more and more drugs for uncounted years and yet only recently have they began to think about how to get us off them when we don’t need them or they do more harm than good? Different studies show that 20 to 60 percent of elderly patients are taking at least one drug “where the potential risks associated with use outweigh the potential benefits.”

Studies in Canada show that nearly two-thirds of seniors take five or more classes of drug, according to a report last year by the Canadian Institute for Health Information. More than one-quarter of them were taking 10 or more drug classes. More drugs means more potential for serious interactions.

Both the benefits and the risks of a drug change with time. We may get less benefit as we develop tolerance to a drug.

Many of us have begun to question the benefits of the diabetes drugs we were taking. Because of my concern about the side effects of all drugs, I have been following a very low-carb diet since 2007, as I have written. Many of us now know that the diabetes drugs than many of us take are too risky and that we can manage our diabetes even better without them. Could you do that too?

Why People with Diabetes Need to Avoid Statins

The Gliptins are Coming