Why We Take Which Diabetes Drug

Although I have managed my diabetes by eating low-carb ever since 2007 and enthusiastically recommend it to anyone who has diabetes, I certainly recognize its limitations and the importance of diabetes drugs.

Low-carbing isn’t easy. The transition from fueling our bodies with carbs to one of burning fat can challenge us in seven ways as I wrote here last month. Even then, when we get through the transition period, many people find that sticking with it can take too much discipline, particularly when family members all too willingly share their bagels and bread.

When we follow the low-carb lifestyle we can manage our diabetes and our weight on a long-term basis. Nevertheless, it’s not for all people at all times in our journey to health with diabetes. 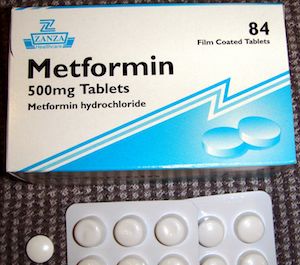 When our blood sugar is high, like when we have an A1C of more than about 9.0 (which is the unfortunate average of Americans with diabetes), taking control of our diabetes quickly is especially important. That’s why more and more doctors now recommend that we start managing diabetes by taking insulin. While of course all type 1s take insulin, only one-quarter of type 2s take advantage of it.

Some insulin can be somewhat difficult to use properly, which is the main reason why many people gain weight when they take it. The amount and timing of the older bolus insulins that are quick-acting require careful attention. But the newer long-acting basal insulins, Lantus and Levemir, are easy to use, and Lantus is one of three insulins that will go off patent in the U.S. next year, which will mean less expensive generics.

We take insulin or one of the other injectable diabetes drugs or one of the many pills to get our blood sugar levels down to normal so we can avoid all those dreaded complications of uncontrolled diabetes. For most of us that’s an easy call.

A few of us control our blood sugar without diabetes drugs. As regular readers of this site know, I have been able to do that for more than six years.

Those of us who are taking diabetes drugs usually take just what the doctor prescribes. But sometimes our doctors aren’t up-to-date. Sometimes we can get better control of our diabetes when we suggest a different treatment. Occasionally, we will need to switch doctors. I had to do that years ago when my doctor had me on two older drugs and didn’t know about the powerful new one (Byetta) that worked for me.

The diabetes drug world has changed tremendously in the 20 years since a doctor told me on February 7, 1994, that I had type 2 diabetes. At that time we had a choice of insulin or one type of pills for diabetes, the sulfonylureas.

A recent study of how we use the various diabetes drugs came out in Diabetes Care, one of the American Diabetes Association’s professional journals. The abstract of this study is online at “Ambulatory Treatment of Type 2 Diabetes Mellitus in the United States, 1997-2012.” My friend and colleague here at HealthCentral.com, Dr. Bill Quick, kindly sent me a copy of the full-text.

This is the first comprehensive study I’ve seen of our diabetes drug usage. The big news is its documentation of the rise and fall of different diabetes drugs in the past two decades.

The sulfonylurea drugs, like Glucotrol XL, are fading fastest, and for good reason, as the study points out. Back in 1997 the sulfonylureas were the most prescribed class of diabetes drugs, accounting for 61 percent of the prescriptions in the study. Soon after that, its use began to wane for several reasons, the study says, “including their risks of hypoglycemia, association with weight gain, and minimal marketing and promotion.” By 2012 only 22 percent of us were still on a sulfonylurea. Even that much sulfonylurea use shocks me, because it most likely reflects physician inertia and failure to keep up with newer and better diabetes drugs.

For most people with diabetes, metformin has replaced one of the sulfonylureas. Its use has grown steadily from 24 percent in 1997 to 53 percent in 2012. My article here, “Metformin Forever,” outlined some reasons why it is probably the best oral medication for people with type 2 diabetes.

Insulin, sulfonylureas, and metformin are the three classes of drugs that stand out in this study of six oral and three injectable treatments. We already have a great choice of drugs, which is one of the few benefits that those of us with diabetes have, since we are collectively a huge market for the drug companies.

In fact, American drug companies right now are developing some 180 more diabetes drugs, according to a new report from the industry organization, Pharmaceutical Research and Manufacturers of America. This includes “30 for type 1 diabetes, 100 for type 2, and 52 for diabetes-related conditions.”

But don’t hold off doing what you need to do now to manage your diabetes. “Developing a new medicine takes an average of 10-15 years,” this report warns. “For every 5,000-10,000 compounds in the pipeline, only 1 is approved.” Even now those of us who have diabetes are blessed to have many options to help us manage our diabetes — everything from a very low-carb diet to metformin and insulin. These are great tools that can help us regain control of our health.

Two Pills You Can Skip