If your personality makes a difference in controlling your diabetes, Ron Sebol is a prime example in how to use it. A retired electronic engineer living near Columbia, Maryland, Ron keeps tight control by applying engineering strategy to the problem. 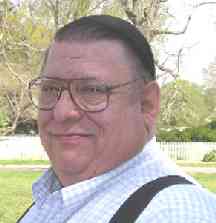 "That sums it up," he says. "I decided early on as I began to look into it that it was shaping up as a numbers game. Basically it is just a mathematical process."

Ron is also a pretty independent character. While he doesn't consider himself a true maverick, he says that he likes to call his own shots.

The result is a diabetes control program that is both unique and works for Ron. The success of his program is attested by his hemoglobin A1c tests. This test gives information about average blood sugar levels during the past two or three months. His three most recent tests were all in the non-diabetic range—5.5, 5.1, and 5.0.

Ron's strategy uses a sliding scale to match his insulin dose to the food. Most people can control to hemoglobin A1c level of no better than 5.8 or 6.0 with a sliding scale approach, he says.

For someone to set a control goal they first have to know where they are on the spectrum of possible variations of response in terms of dose to dose repeatability, he says. That can vary from 10 percent to as much as 50 percent, he says.

"The higher the variation the more headroom you have to provide between where you are trying to control to and the hypo level," he explains. "The more you swing the higher you have to jack up your control point. I happen to be one of the lucky 10 percent variation folks."

Ron says that he has no more than two or three hypos a year. "And they are mild ones."

It takes large doses of insulin for Ron to control his diabetes. His basal insulin is 110 units every night and about 35 units in the morning. A typical meal runs him about 30 units of fast-acting insulin.

Diagnosed with diabetes 10 years ago when he was 52, the amount of insulin he has to take shows that Ron has a high level of insulin resistance. He is overweight and, as he says, has the typical apple shape of a type 2.

"If I got my weight down, my insulin doses would drop maybe to zero," he says. But it is hard to lose weight and even harder to keep it off.

"Being overweight is not a good cardio risk thing," Ron admits. "I don't recommend people be this cavalier about it. It's just that I don't have the self-discipline to shed the pounds."

But he does have the self-discipline to control his blood sugar level, helping to prevent diabetic complications. "Primarily because it's easy," he says. "I can do this arithmetic in my head. It takes about 1 minute out of my day."

Ron tells me that the successes with the glucose load insulin dosing method that adjusts GI based dosing to account for what he discovered was preventing GI based dosing from working for most people. Namely, the phenomenon of arginine masking of additional glucose load in the conventional GI tests. When adjusted for that masking, all the data in the Insulin Index paper fell on a straight line when he graphed total insulin vs adjusted GI. That was the direct proof that the masking idea was true. Also, proper protein dosing is part of the scheme and there are separate coefficients for milk protein and for all the rest of the protein sources. The result is worthy of mentioning in the update. People get into the mid five A1C range with no need for highly restricted diets. Further, the scheme is unique in that it includes explicit management of the probability of going too low. When gathering the data needed to do a setup, a probability analysis of the day to day random variations produces a safe control target for meals and a safe control target for bedtime. Finally, the scheme addresses split dosing of meals so that people with somewhat disturbed stomach emptying can get tight meal control safely.

He adds that only members of his DSM web site have access to free spreadsheet tools that automate the entire dosing scheme. The web site also has the 35 postings that lay out the theory and practice of the glucose load scheme. They are what he often refers to as the insulin tutorials. DSM members have access to the posting archives including what used to be the LC-D postings and all of the DSM postings.

He adds further the amazing success he witnessed in halting and reversing his wife's Alzheimer's. She was in a bad way in year 2001 but today she is virtually normal. The trick was to use supplements that had individually been shown to be beneficial in MEDLINE research papers and then to use them in combination rather than one at a time. The diabetes type three discovery out of John Hopkins led him to include the supplements that he had already found to be applicable to ordinary diabetes.

His DSM list is more technical than most and more concerned about filtering out junk science than most. It is an information source, not an emotional support group.


He was certainly difficult, exacting and sometimes cranky, but he had a wonderful dry sense of humor and was incredibly generous with his time.

Through the years, although he helped only an infinitestimal percentage of of those of us who have diabetes, they feel incredibly lucky.

He will be sorely missed.