All people with diabetes stand to gain from the Derek Paice's LOSS. A 71-year-old research engineer who was diagnosed with diabetes 11 years ago, Derek applied engineering principles to determine how inputs--food--related to outputs--his blood glucose levels. 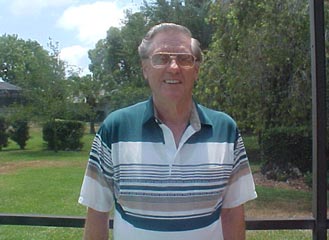 The result was his Low Sugar Score (LOSS) Diet. This way of eating, neither low nor high carb, leads not only to lower blood glucose levels but also helps to reduce weight, he says.

Derek's LOSS diet avoids those carbohydrates that are quickly broken down in the intestine, causing rapid increases in blood glucose levels. These carbohydrates have a high glycemic index.

"I find that low glycemic index foods (such as high fiber cereals and soy flour bread with cheese) give me the best control," Derek says. "I handle breakfast and lunch that way every day, but I like to vary dinner, and that's more of a challenge. For me the best approach is simply to stay away from substantial amounts of high GI foods."

After hundreds of experiments on himself and thousands of fingerstick tests over the past six years, Derek developed an extension of the glycemic index that he calls the "substance glycemic index." or SGI. You don't need to know the composition of the food, only how much it weighs.

He describes his results in a 51-page booklet, "Diabetes and Diet: A Type 2 Patient's Successful Efforts at Control." The SGI provides a means to select foods or meals having a defined effect on blood glucose on a day-to-day basis. "That's how I control my type 2 diabetes," he says. He also uses it to estimate his hemoglobin A1c measurements, which reflect long-term average blood glucose levels.

That level is well into the normal range. Derek achieved it through diet alone. No pills. No insulin.

Exercise for him is difficult and infrequent because he got polio in 1949 and now walks with a cane. Born in London, England, he was a pilot in the Royal Air Force at the time.

He immigrated to the U.S. in 1964 to work for Westinghouse at its research and development center in Pittsburgh. When he retired from that company in 1993, he started a power engineering consulting business in Palm Harbor, Florida, near Tampa.

"Actually I am quite busy," he says. "I wrote one engineering book that was published in 1995 and I am just finishing up a second one. Now I am having fun. I am doing only what I want to do."

But after maintaining excellent control of his diabetes for severe years, treatment for two other conditions made it more difficult to control his diabetes. Early this year he noticed increasingly several headaches and muscle aches.

"Over a period of about eight weeks I went downhill," he says. "By the time I got to see a rheumatologist I could hardly lift my arms and was barely able to get out of bed. The diagnosis was polymyalgia rheumatica and temporal arteritis. The diseases often come together and are disabling. The good news is that there's a solution."

The solution is a powerful steroid called prednisone. He expects to have to take it for about a year.

But the bad news is that prednisone often raises blood glucose levels and had that effect on Derek. He now has to inject substantial amounts of insulin. His hemoglobin A1c level shot up to 6.1%, which most people with diabetes would be delighted to have, but was a large increase for Derek.

Controlling his diabetes and balancing the needs of his other conditions are a challenge for Derek. But thinking like the engineer he is, he is undoubtedly devising further experiments.