In Touch When You Can’t Be

“I would worry all day long what my daughter's numbers were when I sent her to school,” recalls Judy Richardson of Great Falls, Virginia. Her daughter, Natalie, is now 10 and was diagnosed with type 1 diabetes when she was 8. 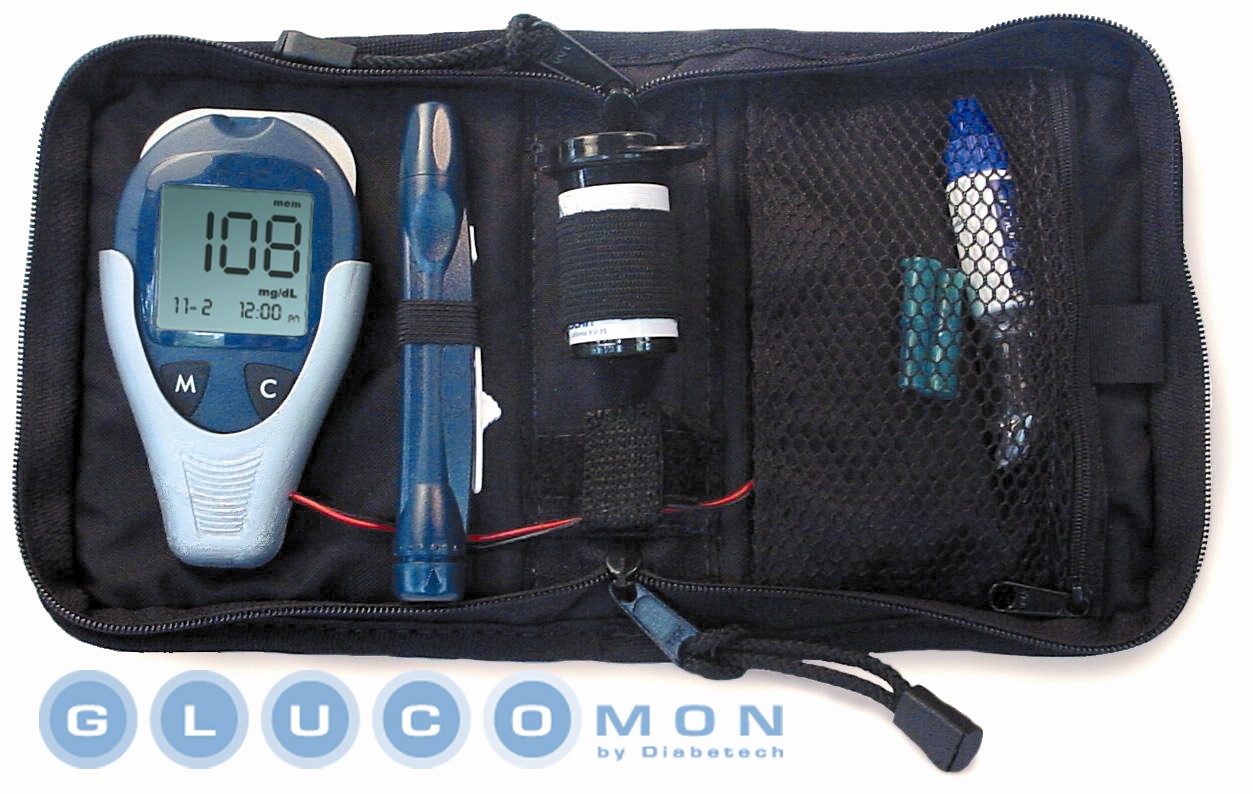 “Now I know all the time,” Judy says. “She just tests and a minute later I know what her number is. And if it is an issue I can call her teacher.”

It’s easy for Natalie because there is no number for her to dial. In fact, she doesn’t do anything differently. She just tests her blood glucose and puts her meter back in the cradle.

But it's an extremely special cradle called a GlucoMON. A company in Dallas, Texas, Diabetech, makes the device and manages the service.

“Think of us as a wireless phone company that just does diabetes,” says founder and CEO Kevin McMahon. The key, he says, is not that it is wireless, but that it is automatic. “It requires no training. There are no buttons to push or computers or Palm Pilots to attach.”

Kevin emphasizes the importance of transforming blood glucose data into useable information while also protecting the privacy of the patient. “We take great care to ensure that all the blood glucose results are protected and made available to the right people at the right time according to the instructions of the patient or their legal guardian.”

For the Richardsons, Natalie’s blood glucose levels go to Judy’s cell phone and to her email at home. Her husband, Barry, gets the alert at his office via email. They could have chosen to have Natalie’s numbers go to many people — by phone, email, or fax.

This invention comes from personal experience. When Kevin and Kristin McMahon discovered their 2 year old daughter, Darby, was diagnosed with type 1 diabetes, they were concerned whether she would be getting the right care at the right time. Fax machines and constant phone calls seemed to be the only way. Kevin gave up his career in telecommunications to create the new technology that would keep them in touch with whatever was going on with Darby no matter where she was.

The GlucoMON works with LifeScan’s One Touch Ultra meter, which is sold separately. Diabetech sells the GlucoMON on its website, www.diabetech.net. Kevin says the regular price for the device plus 12 months alert service will be $484.35, but they now have an introductory offer of $399.

“Most of the cost is in the subscription,” he says. “It is a lot like the phone company.” For renewals after the first year he is targeting a rate of $29.95 per month.

Natalie Richardson uses her GlucoMON about half of the eight times a day that she tests. “Otherwise I would be getting messages from her when I’m standing right next to her,” Judy says.

“I can go to the gym or shopping and not worry because I have my cell phone and know exactly how Natalie is doing. Or she can go to a friend’s house and I will know what her number is.”

Natalie likes the GlucoMON just as much as her mother. “It’s cool, especially because it didn’t make anything harder for me than diabetes already is,” she says. “My mom always knows my number so I don’t worry as much.”

Sidebar:
What Are the Nearest Alternatives?

But unlike the GlucoMON, it requires computers, an Accu-Chek program, and modems at both end. This device is intended to transfer data from an Accu-Chek blood glucose meter directly to your healthcare professional, who must program the modem. The device sells for about $99.

The LifeChart Reporter, a modem that connects a LifeScan One Touch Profile or One Touch II meter to a phone line without using a computer, is no longer available.