The Year of the Meter

This may well go down in history as the year of the meter. Not since Tom Clemens patented the first blood glucose meter in 1971 have we seen such significant advances. 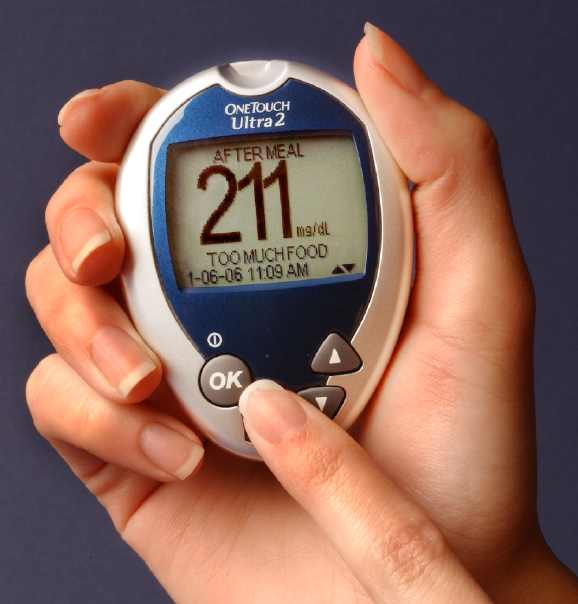 The OneTouch Ultra2 Meter from LifeScan

These advances include both traditional meters and continuous sensors. And the year is only half over.

Roche introduced the Accu-Chek Compact Plus in March. It has the unique idea of including not only a drum of 17 test strips but also a detachable Softclix Plus lancet device.

LifeScan’s OneTouch Ultra2, launched in April, solves one of the biggest meter problems. It makes it easy for us to separate out before-meal and after-meal readings so that we can make sense of our trends. The Ultra2 meter lets us flag and identify a specific blood glucose result as coming from a “before-meal” or “after-meal” test.

The latest FreeStyle meter, the Freedom, has a high-contrast display that is large enough for people with vision problems to read, and the buttons are also large and easy to distinguish. It also has a new ergonomic design and includes four programmable alarms. The Food and Drug Administration approved this meter in March.

Continuous Sensors Change How We Think of Meters
Each of these meters are what we have been calling blood glucose or finger-stick meters. But now we need better terms to separate them from the new wave of continuous blood glucose sensors.

Audrey Finkelstein calls them “episodic” meters, probably the clearest term to differentiate them from continuous sensors. She is executive vice president of marketing, sales, and clinical affairs for Animas Corp.

Animas is one of the major insulin pump manufacturers and the company that also owns the rights to the GlucoWatch G2 Biographer, which Cygnus developed as the first real-time continuous sensor. Animas continues to market the GlucoWatch, Ms. Finkelstein says.

The second real-time continuous sensor, the Guardian RT System from Medtronic Diabetes, saw a limited market release last September. The big news this year is that in April the FDA approved the MiniMed Paradigm REAL-Time System, combining an insulin pump and a continuous sensor  —  the Guardian RT  —  for the first time. This is a giant step toward a closed-loop insulin delivery system.

In March the FDA approved DexCom’s STS continuous sensor. Then Abbott announced in April that it was now asking the FDA to approve its Navigator continous sensor for use with an episodic meter. Originally, the company had asked for the FDA to approve it as a replacement for an episodic meter. Abbott hopes that the Navigator will be available this year.

More Developments to Come
There remains a need for episodic meters, Ms. Finkelstein emphasizes. “You still have to calibrate and confirm continuous sensors with an accurate episodic meter.”

At the rate things meterwise are going, don’t be surprised if there are even more great developments before the year is out.