Carl S. Lau could have given some good advice to President John F. Kennedy. When asked what he thought about the press now that he was President, Kennedy replied, "I am reading it more and enjoying it less." 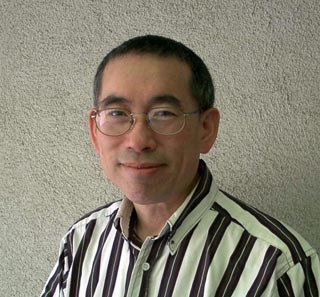 The difference is that Carl talks about food, not the news. He is eating less and enjoying it more.

"As a result I go out of my way to eat higher quality stuff," Carl says. "For example, I roast my own coffee beans. It takes time, but you can't get that kind of quality anywhere else."

When a doctor told him in September 1997 that he had type 2 diabetes, he remembers that his fasting blood glucose was around 250 to 260. His first hemoglobin A1c test in October 1997 was 9.2. He brought it down to 7.2 after he started a version of the Sugar Busters! low glycemic diet (Ballantine 1998).

"Then I looked at Bernstein," Carl says. He refers to Dr. Richard K. Bernstein and the low-carbohydrate diet he recommends in Dr. Bernstein's Diabetes Solution (Little, Brown, 1997). Since then the daily average of his two fingerstick tests has usually been in the high 80s. His most recent A1c tests vary from 4.9 to 5.5—well into the non-diabetic range.

He has lost weight and is no longer overweight. He went off medication only a few months after his diagnosis. Exercise in bursts helps. But he emphasizes what he eats.

"I can't get away with 2000 calories any more," Carl says. "Low carb means that the majority of my carbs come from fat. When I crunched the numbers it was over 70 percent."

He is a counter. "I weigh or estimate everything, record it, and then add it all up so I have so much carb, so much protein, and so much fat."

Carl says that while he is not obsessive, "you do have to have focus, and the focus is selective." The other parts of his life where he is so precise is his work and his meditation.

He is a 56-year-old dentist with a practice in downtown Los Angeles. His 80-year-old father still works at the practice a few days a week. Of Chinese descent, Carl's parents came to California from Hawaii in the 1930s.

Carl focuses so intensely on his diabetes because he wants to avoid the complications. "You can go 'off the wagon,' but eventually it will catch up with you."

This kind of attitude comes from Carl's practice of Zen. He sits Zazen every day. "If I didn't do that, I wouldn't have had the focus to control my diabetes," Carl says.

His advice for others who want to control their diabetes is accept how much there is to learn. "At the beginning there is no one with diabetes who can get it perfectly right," he says. "They can read about it, but reading about it and managing it are two different things."

His parting advice for anyone who has diabetes? "Find foods that are good for you and taste good."