One of the few people who use a palmtop computer to control his diabetes is an engineer in Michigan named Robert Hocking. It takes a lot of work, but his standards of control are high. 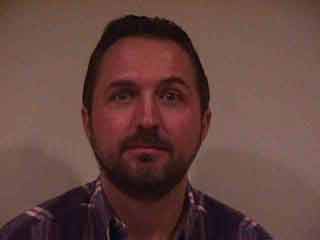 Not many people would be obsessed enough to go through all the work it takes, he says. "Because I am an engineer and very mathematical, I put together a spreadsheet with several formulas that work with a custom database that is also on the palmtop."

"All of this sounds complicated—and developing it was," Robert says. "But using it really is not complicated, and the outcome is definitely worth it."

Most of the formulas that he uses come from the book by Richard K. Bernstein, Dr. Bernstein's Diabetes Solution (Little, Brown, 1997). "I picked up Dr. Bernstein's book, one by Dr. [Robert C.] Atkins, and the protein power books [by Doctors Michael R. and Mary Dan Eades]. They made me decide to get my diabetes under control."

When doctors diagnosed Robert's diabetes in 1992, they started him on a sulfonylurea drug, but it gave him only limited control over his diabetes. "Had I known then what I know now, I would have gone on insulin in a heartbeat," he recalls.

Nevertheless, when he decided to give insulin a try, "it was a nightmare," Robert says. Rather than covering the food that he was going to eat at the meal, his doctor put him on a sliding scale based on his pre-meal blood glucose reading. His numbers were all over the place.

Now Robert bases his insulin dose on what he eats. Currently he is taking 13 units of insulin a day—just enough to cover his meals—plus 15 units in the evening.

Robert takes his blood glucose readings three hours after finishing the meal. He's careful about the timing too.

"I carry a pager with an alarm to remind me," Robert says. Then he adjusts his level up or down with a little insulin or a glucose tablet.

For most people the highest reading would be about two hours after eating. But as Robert fine-tuned his calculations he discovered that he has gastroparesis, or delayed stomach emptying. So instead of taking fast-acting insulin before a meal, he eats and then injects. "That, for me, has been a perfect match," Robert says.