Paying Attention To Our Bodies

Before I became diabetic, I was a self-confessed workaholic. I was single and quite honestly, didn’t have much else going on in my life. I was always an eager worker and I was always trying to prove myself and move ahead. I often worked long hours, and as a result didn’t eat right or exercise all the time. 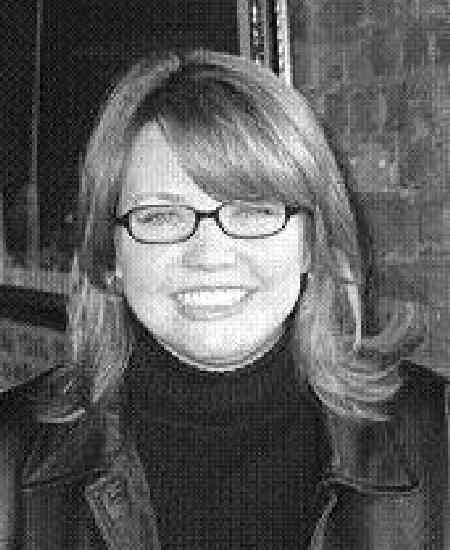 Now, I’ve been diabetic for nearly 15 years, since my early 20s. When I first got the disease, I was determined not to let it change my life. In fact, I’d work twice as hard to prove that I didn’t need extra attention or rest.

Then suddenly I was coming home from work one night and fell on a patch of ice by my house. I heard my ankle snap and immediately knew it was broken. As I looked down at my foot I saw it was literally facing the wrong way. I was in excruciating pain and also worried that I would lose my foot. Thankfully, I had emergency surgery and with some pins and many months on crutches, I was able to walk again.

Instead of using this time to take it a bit easier, I worked twice as hard. I went back to work the next week and hobbled and hopped up flights of stairs (since I worked in an office without an elevator!) and came home exhausted. My blood sugars fluctuated and I often felt sick.

Perhaps due to my overzealousness at getting back to work, a pin in my ankle (which is supposed to stay put a lifetime) started to come loose. I had to have another surgery just six months after the first one. Of course, I remained exhausted but went right back to work, often 60-plus hours a week.

About a year later I finally started to get a personal life. I got a new job and instead of working a zillion hours a week I worked a more reasonable schedule. But then I started going to school full time as well as working full time. I was often tired and my blood sugars started to fall out of control, but I chalked it up to just having a lot on my plate. I figured that when things slowed down a bit my blood sugars would come back in control too.

I was sick often. I’d developed strep throat, had colds, the flu, and walking pneumonia. In the next six months I also had two more surgeries. First, to remove a gallbladder and then for a cyst on my ovary. In both cases I had aches and pains that I ignored because I didn't want to appear weak or whiney. The cyst on my ovary was due to endometriosis, and for further treatment I went through a forced menopause for nine months.

Suddenly, my body started arguing with me. My typical mind over matter approach to life suddenly didn’t work. I was exhausted. Part of it could be explained with my blood sugars, and after I went to an endocrinologist we developed a new diabetes régime that worked out well. Still, I felt awful most of the time and tried to “tough it out.” This time, however, my body would have none of it.

After many months of feeling as if I could collapse each and every day, I had to face facts that this was something I couldn’t just throw off. My doctor felt that my body was just in need of some rest, that the stress it had endured was wreaking havoc and I needed to lighten the load. I went part-time at work, coming home to rest in the afternoons. Eventually, even this was not enough and I needed to take some time off. I used the time to get back on track with rest, diet, and exercise.

The most frustrating part in all of this was simply admitting that I could not “do it all.” With all the time I devoted to work or school I rarely devoted time to taking care of myself. Admitting I couldn’t work a zillion hours a week anymore made me feel defeated.

Thankfully, my husband, family, and friends were very supportive. They helped me realize that there is no shame in having to re-examine priorities and if need be, focus on yourself. We can’t just push ourselves and ignore the signs of overwork when our bodies rebel. I’ve discovered that I never did have to prove anything by trying to work until I dropped.

In the end, I’ve realized that all of us sometimes, regardless if we have diabetes or not, need to cut back and pay attention to our bodies.