The Stress of Managing Diabetes When You Are the Prime Minister

Do you think that managing your diabetes is too hard because of all your responsibilities? Then, you might want to consider the tasks facing a 59-year-old woman named Theresa May.

She just became the UK’s Prime Minister. This makes her among the first—if not the first—current heads of a government who has diabetes. 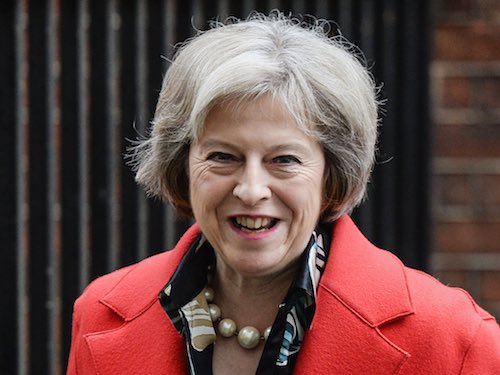 Three years ago, when she was the country’s Home Secretary, Ms. May made an appointment with her doctor to treat a bad cold. She mentioned that she had been losing a lot of weight, so the doctor ordered a blood test. Her blood glucose level showed that she had diabetes.

Ms. May was originally misdiagnosed with Type 2 diabetes. But her blood glucose level stayed far too high, even though she took the pills her doctor prescribed. Eventually, she learned that she has Type 1 diabetes.

“My very first reaction was that it’s impossible because at my age you don’t get it,” she told Diabetes UK. Actually, people are diagnosed with Type 1 at all ages, even into their 90s, according to Epidemiology of Type 1 Diabetes. About one fourth of all the people with Type 1 diabetes were diagnosed as adults.

Her next reaction was, “Oh no, I’m going to have to inject!” She now injects insulin four times a day and accepts that her life has changed. She told the Daily Mail newspaper that “diabetes doesn’t affect how I do the job or what I do. It’s just part of life…so it’s a case of head down and getting on with it.”

The new Prime Minister is known as a workaholic, working up to 18 hours a day. Although she has been accused of working until 3 a.m, she insists that she tries to stop working by 1 a.m.

Don’t make it harder for the Prime Minister by confusing her with the model who sometimes poses in underwear and has a similar name. Euronews already made that mistake, and Teresa May had to change her Twitter biography to try to make the distinction clear.

The Prime Minister has already directly faced the stigma of diabetes. “Is someone with Type 1 diabetes capable of being prime minister?” a Member of Parliament reportedly asked anonymously.

She says that her diabetes won’t affect her ability to do the work. “I’m a little more careful about what I eat and there’s obviously the injections, but this is something millions of people have. I’m OK with needles, fortunately.”

The Prime Minister’s role model for managing her diabetes is Sir Steven Redgrave. He is regarded as one of Britain’s greatest Olympians and as the most successful male rower in Olympic history.

“There’s a great quote from Steve Redgrave, who was diagnosed with diabetes before he won his last Olympic gold medal,” Ms. May told the Daily Mail. “He said diabetes must learn to live with me rather than me live with diabetes. That’s the attitude.”

The job of a Prime Minister is always stressful, and it can be particularly difficult for Ms. May because of her diabetes. But this condition is stressful for anyone with diabetes because of the constant need to manage blood glucose levels within narrow limits.

A high level of stress can lead directly to high blood glucose levels. Some of my articles listed below can, however, help you manage your stress.