Why You May Want To Take Early Control of Your Diabetes

If having heart failure or getting a stroke or dying soon are the only diabetes risks that concern you, then you don’t need to start managing your diabetes right away. But if you would rather not get diabetic retinopathy, diabetic nephropathy, or diabetic neuropathy, you may want to get down to a normal blood glucose level right after your doctor diagnoses it. 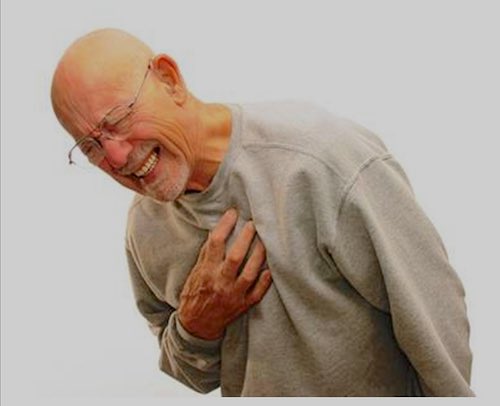 This is the good news/bad news summary of a study by researchers at the University of Chicago’s Department of Medicine and colleagues at the Kaiser Permanente Division of Research, and Northwestern University’s Feinberg School of Medicine. They presented their findings in late breaking abstract 184-LB, “Early Glycemic Control after Type 2 Diabetes Diagnosis Is Most Critical for Future Health and Survival,” at the American Diabetes Association recent convention, the world’s largest annual meeting of diabetes professionals.

I had the privilege to represent HealthCentral.com at the convention and to connect with the lead author, Neda Laiteerapong, MD. She is an assistant professor of medicine at the University of Chicago and told me that she plans to submit her paper to a professional journal this month.

When you don’t take early control…

Unfortunately, if you don’t take early control of your diabetes, this means that you could go blind, end up on dialysis, or lose your legs. Or all three.  Maybe, you would rather be dead after all.

Diabetic retinopathy, diabetic nephropathy, and diabetic neuropathy are the risks of early uncontrolled diabetes that can lead to blindness, kidney failure, and amputations respectively. They are some of the results of what our doctors call the microvascular complications of diabetes, where our small blood vessels get damaged.

On the other hand, the new study shows that the macrovascular complications of diabetes, where our large blood vessels get damaged, take more years of uncontrolled diabetes to appear. These risks are those of coronary artery disease, peripheral arterial disease, and stroke that are related to your heart.

Until now, we didn’t know specifically what “early control” means in terms of these diabetes risks. When we bring down our blood glucose levels as measured by A1C tests, we did know in broad terms that we will have fewer complications and live longer. A 10-year follow-up to the landmark United Kingdom Prospective Diabetes Study, for example, showed that early intervention with intensive glucose control has long-lasting effects.

To learn what early control means the researchers studied what happened to more than 8,ooo people after an average of 12 years. These were people newly diagnosed with Type 2 diabetes and an initial A1C level of 8 percent or more who were enrolled in the Kaiser Permanente Northern California system.

The researchers separated the records of these 8,000 people in terms of time from diagnosis — one, three, or five years. Then the researchers categorized the A1C levels in the records as good, if it was less than 7 percent; moderate, if it was between 7 and 8 percent; and poor, if it was above 8 percent. Even those who had poor control for just one year — to say nothing of three or five years of poor control — had increased microvascular risks compared with those people who brought their A1C down sooner to 7 percent.

When a doctor tells you that you have Type 2 diabetes, you typically already had it for about ten years. In that time, you may not have had the motivation to control your health. But now that you have your diagnosis, even waiting a few more months would give the complications of this serious condition too much of a chance to develop. Take control as soon as you can so that the odds will be on your side.