Exercise Harder, But Not Hard

Hard exercise, like high-intensity interval training, undoubtedly can provide metabolic, heart disease, and fitness benefits. But a leading expert on diabetes fitness says that it’s too hard for almost all people with diabetes.

The best exercise is the hardest exercise than you will do. High-intensity interval training may be the current fitness craze, says Sheri Colberg-Ochs. “Its health efficacy is not in question,” she says. But “despite its current popularity, there is no evidence supporting HIIT as a viable public health strategy.” 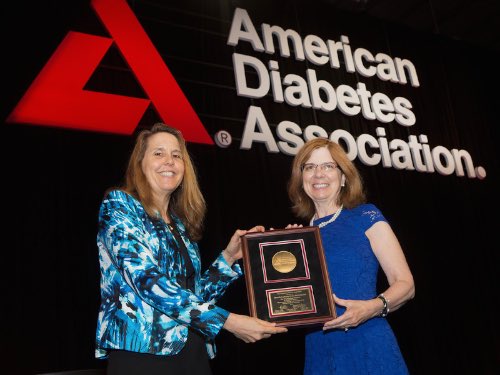 Dr. Colberg-Ochs addressed the recent annual convention of the American Diabetes Association in New Orleans on “The Feasibility of Doing High-intensity Interval Training (HIIT) in Persons with Diabetes” in a presentation that I had the opportunity to hear. Dr. Colberg-Ochs was diagnosed with Type 1 Diabetes almost 50 years ago, when she was 4. Recently retired from Old Dominion University in Norfolk, Virginia, where she was a professor of exercise science, Dr. Colberg-Ochs is best known for her book Diabetic Athlete’s Handbook. During the convention, Margaret Powers, the American Diabetes Association’s president health care, presented her with the 2016 Outstanding Educator in Diabetes award.

Maximum high-intensity interval training, or HIIT, means short bouts of all-out effort separated by recovery periods. When you go all-out, you are using 90 to 100 percent of the maximum volume of oxygen that you can; technically this is 90 to 100 percent of your VO2max. This is really intense short sprints of about 10 seconds or longer ones of 20 to 30 seconds. Sub-maximum HIIT can be repeated sequences of less than 45 seconds or longer ones of 2 to 4 minutes of rather high, but not maximum, intensity.

The people who actually do HIIT are younger, already active, or athletic, with few or no

For most people, “HIIT may be perceived as unpleasant at a subconscious level, if not at a conscious one,” she says. It requires lots of planning, self-regulation, and considerable  psychological effort. She says that the cons of HIIT far outweigh its pros for a large majority and that very few of the people who need to exercise the most will do it.

Why people drop out

Many people who start to do HIIT drop out in first six months or less for several reasons: 1) The initial exercise intensity is too hard; 2) They get injured; 3) It’s not enjoyable; and 4) If they start out from being sedentary, what pleasure they experience decreases after doing more than 3 to 4 intervals.

Consequently, Dr. Colberg-Ochs proposes that people with diabetes do higher — but not high-intensity — exercise. She included several recommendations like climbing stairs and incline walking on a treadmill.

I mentioned to her that “years ago one doctor suggested to me that I go up the one flight of stairs to my apartment as fast as I could, and I’ve done that ever since then.” I also said that I get a lot of my exercise by hiking in the Colorado mountains where I live. But, she replied, “Hiking is good, but not everyone lives somewhere that it is possible like you do.”

Still, everyone can do the easiest exercise, which Dr. Colberg-Ochs recommends along with her main message to exercise harder. Citing “Breaks in Sedentary Time,” she says to “make frequent transitions from sitting to standing.”

I couldn’t agree more, and taking regular breaks from my desk has become a part of my practice. Sitting for more than half an hour at a stretch is particularly hazardous for the health of anyone who has diabetes or prediabetes, as I wrote here. It’s easy to be so wrapped up in what you are doing that you can lose track of time. So one of my tricks is to set the timer to ring whenever I sit for 30 minutes. You earned that break.