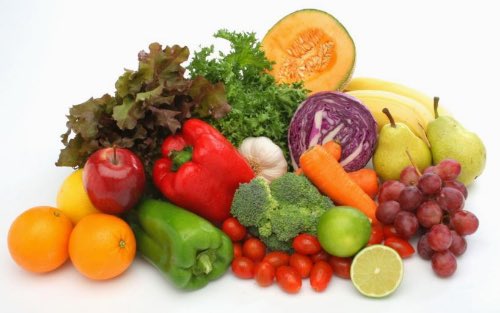 People with prediabetes who eat a lot of vegetables and fruits that are high in carotenoids cut their risk of getting type 2 diabetes. This is what three studies published in respected professional journals have concluded.

When we regularly eat vegetables and fruit, they can help us to manage our weight better. When we eat fast food and other stuff high in starch, we are more likely to be too heavy, and being overweight is one of the factors connected with getting diabetes.

But now we know that the antioxidants in the food we eat prevents the oxidation that can damage the cells of our body. Oxidative stress can lead to aging and to serious chronic diseases, including heart disease, cancer, and diabetes.

Most of the carotenoids in the foods that we eat are antioxidants, and most of our carotenoids are from vegetables and fruit. It’s because of carotenoids that some plants are yellow, orange, or red.

The Foods Highest in Carotenoids

Not surprisingly, carrots are a vegetable high in one type of carotenoid, beta-carotene. Unfortunately, carrots are also quite high in fructose, which puts extra stress on our liver, raising our triglyceride levels, which increases our risks for heart attacks.

Fortunately, several other vegetables and fruit that we find in our markets are also high in beta-carotene and other carotenoids. Some of these foods are dark leafy greens, sweet potatoes, tomatoes, pumpkins, and papayas.

For people with diabetes, the most healthful of these foods are the greens because they have the fewest carbohydrates, which raise our blood glucose levels. The greens tested for their high levels of carotenoids include spinach, kale, collard and dandelion greens, Brussels sprouts, and broccoli.

The most recent of the three big studies show that eating foods high in carotenoids can help prevent diabetes. The study, “High-serum carotenoids associated with lower risk for developing type 2 diabetes among Japanese subjects,” came out last year in BMJ Open Diabetes Research & Care. It included more than 900 people.

While that study focused on a Japanese population, studies in the United States reached similar conclusions. In 2014 the journal Nutrition Research published “Fruit and vegetable intake, as reflected by serum carotenoid concentrations, predicts reduced probability of PCB-associated risk for type 2 diabetes.” This study showed that when people eat vegetables and fruit high in carotenoids they could reduce the toxicity of persistent organic pollutants. These poisons cause oxidative stress, which leds to type 2 diabetes.

The journal Diabetes Care in 2004 published the third study, “Dietary Antioxidant Intake and Risk of Type 2 Diabetes.” This study also found that people who eat lots of carotenoids had a lower risk of developing type 2 diabetes.

As the whole world becomes more westernized, all of us eat out more and more. Even when we eat at home, many of our meals are high in starch. May the message of these studies encourage you to eat more of these colorful foods that are rich in carotenoids, so that you are can avoid getting the scourge of type 2 diabetes.

Diabetes Eating on the Wild Side