A New Meter with Something for All of Us 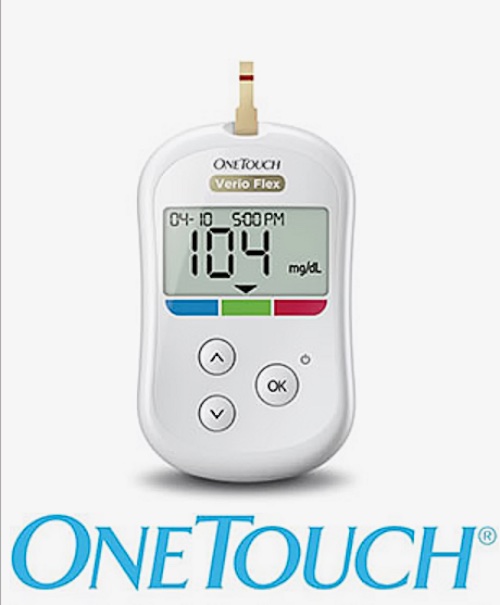 Here is a new blood glucose meter that is quick and easy for everyone to use. But it also offers personalized connectivity without wires in a small package that promises to be accurate and precise.

LifeScan just introduced its OneTouch Verio Flex blood glucose meter. I learned a lot about it in a pre-announcement press briefing and received one of these exciting new meters for testing. While my experience with it is limited, I think it will give any of us who have health insurance almost everything that we dream of for our meters.

Some of us want nothing more than speed in a meter. At the other extreme, there are people like me who demand that a meter’s results are correct and want to sync our readings automatically to our smart phones. The Verio Flex offers this and more, including the ability to separate out our pre- and post-meal blood glucose readings so that we can easily track our levels.

A few years ago the best meters competed to provide the most bells and whistles. Now that Medicare caps prices more tightly, our blood glucose meters have generally become a commodity where low price is everything. With the Verio Flex, however, LifeScan has successfully charted the middle ground.

One imaginative thing that is especially valuable for beginning meter users is its color coding. This automatically shows if your level is too low (blue), in range (green), or too high (red).

I am also impressed with LifeScan’s emphasis on accuracy, something that I haven’t noticed before from the companies that make our meters. In yesterday’s press briefing they showed us a slide reporting that they had conducted a clinical study of 167 results. Here the system’s accuracy exceeded the highest ISO standards with “100 percent of results within Zone A of the Consensus Error Grid.”

And it’s a good thing for us that most health plans provide the test strips that the Verio Flex uses at the lowest co-pay and that Medicare always covers them. Otherwise, these Verio test strips are expensive. A box of 100 OneTouch Verio test strips without insurance sells for $159.99.

These test strips require only 0.4µl of blood. Only Abbott’s FreeStyle Lite, FreeStyle Freedom Lite, and FreeStyle InsuLinx use a tiny bit less. I do wish, however, that the Verio test strips were bigger, which would make them easier for people with limited dexterity to handle.

LifeScan says that it will sell the Verio Flex meter itself for about $20, and that it is already shipping the meter to retailers. This new meter uses the same test strips that the Verio and Verio IQ meters use. But the company is discontinuing the Verio Sync meter, which it introduced only two years ago.

LifeScan is the market leader in the United States, although Roche’s Accu-Chek brand has the lion’s share of the world market. Until recently, some of us have been turning away from LifeScan’s blood glucose meters. But with the introduction of this versatile meter, LifeScan is back at the top of its game.

Will the Diabetes Sentry Prevent Hypos?