Since you are reading this article on the Internet, you can pride yourself that you can use the world’s largest information technology. But this technology is so new and complex that nobody can claim to fully understand it.

Learning how to search the Internet is such a new skill, the tools have become so sophisticated, and the data is so vast that you have to work at it full-time to master it. I have worked at it every day for more than 20 years in my career of writing about diabetes and I am still learning new tricks. It’s time for me to share some of the best ones. 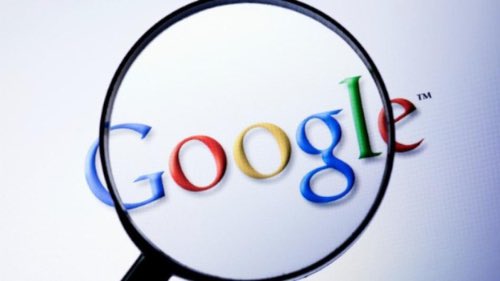 In just two decades knowing how to search the Internet has become an essential learning skill. With more than four billion Web pages, the Internet already contains far more information than the world’s largest physical library, which has about 170 million items including some 14 million books.

But not even that is a fair comparison. An item in a physical library has only one location, while one on the Internet is available everywhere. The card catalogue in a physical library indexes a library’s holdings by author and title and may list one or two subjects, while the Internet’s search tools indexes every word, taking cross-referencing to a higher dimension.

In March 1994 I began to use the Internet to learn everything that I could about diabetes. That was one month and two days after a doctor told me than my A1C level was 14.4 and that I had type 2 diabetes.

The Beginning of the Web

At that time not one diabetes-related website existed. I learned what I could from Usenet newsgroups, the discussion groups that were the predecessors to today’s forums.

Fewer than 1,000 websites existed then. The first automated search engine, ALIWEB, had recently been announced, although is now all but forgotten.

My website, Mendosa.com, went live on February 12, 1995, when only two other diabetes websites existed, only one of which is still operating. It was easy to find all the information about diabetes that existed on the Internet then, because there was so little of it. As the Internet has grown greatly in the past two decades we have needed ever more sophisticated search engines.

We have them. By far the most popular is Google, followed by Bing and dozens of others. Founded in 1998, Google has had two-years of the search market for the past several years. Because it is the one that I know and use every day, my guidance on how to search the Internet for information about diabetes in geared to Google searches.

Knowing how to search the Internet for diabetes information is so important that Gretchen Becker included an entire chapter on it in all three editions of her book, The First Year: Type 2 Diabetes. I wrote the chapter in the 2001 and 2007 editions as well as in the 2015 edition, which Da Capo Lifelong Books published a few days ago.

Almost 20 years ago Gretchen and I met virtually on a diabetes mailing list and have personally met several times since then. Even though we are friends, I can honestly say that her book is the best for anyone who wants to manage his or her type 2 diabetes.

You can, of course, read my chapter on how to search the Internet for diabetes information in these books. If you do, be sure to read it in the 2015 edition, because the Internet and searching it have changed so much over the years.

While only a few pages the book itself are on the Internet, I have posted a somewhat updated version on my website. I hope that you will search for it and read it at “Searching the Internet for Diabetes Information.”

Managing Diabetes on a Budget