Low-carb is the Best Diet: 5 Reasons Why

All of us who has diabetes have five persuasive reasons to eat very few carbohydrates. For years, however, we have been misled. 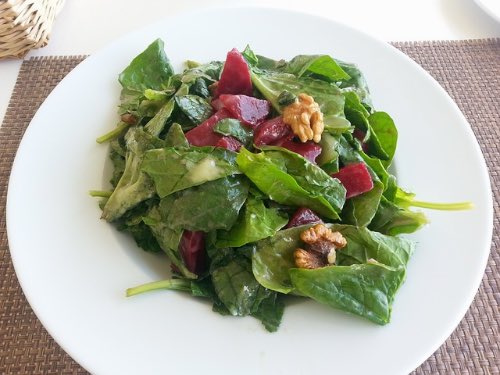 Consequently, it should be clear that the first thing that we should know about managing our diabetes is how much carbohydrates we can eat. Based on the experiences and testing of Dr. Vilhjalmur Stefansson, who lived for 11 years among the Eskimos in Northern Canada, we have known since 1930 that we can thrive on a diet that includes no carbohydrates.

We don’t have to go that far. “There are essential amino acids and essential fatty acids, but there is no such thing as an essential carbohydrate,” writes Dr. Richard K. Bernstein in Dr. Bernstein’s Diabetes Solution: The Complete Guide to Achieving Normal Blood Sugars. Still, he refrains from avoiding all carbohydrates.

He concluded that since our prehistoric ancestors consumed some vegetables, “plant foods might well contain essential nutrients that were not yet present in vitamin supplements and had not even been discovered.” So he and his patients eat “small amounts of low-carbohydrate vegetables.”

Almost all of us who have type 2 diabetes and even some people who have type 1 diabetes have to struggle with their weight. If we weigh too much, managing our blood sugar is harder.

The most famous weight loss diet started with the book that Dr. Robert Atkins published in 1972. Recently updated as The New Atkins for a New You by Drs. Eric C. Westman, Stephen D. Phinney, and Jeff S. Volek, the Atkins Diet helped so many people to lose weight that Dr. Robert Atkins is often considered the father of low-carb weight loss dieting.

However, way back in 1884 a German physician named Wilhelm Ebstein set out the scientific and clinical case for using a low-carb high-fat diet for successful weight loss. The so-called Banting Diet that Dr. William Harvey had prescribed may have been the first low-carb diet and it certainly began to sweep England and the rest of Europe after publication of William Banting’s 1864 book, Letter on Corpulence. But Dr. Ebstein recognized that it didn’t provide enough energy for sustained success because it was too low in fat. Dr. Ebstein’s diet — low-carb, high-fat, and moderate protein — is today’s state of the art diet for weight loss.

All drugs can have side effects, and this is especially true with the pills that our doctors prescribe for us to manage type 2 diabetes. The systems and the organs of our bodies are so interconnected that no pill can target just one part of it without having some effect elsewhere. Sometimes the side effects are subtle and affect only a few people, but sometimes they are serious. All of the pills that we take to manage our diabetes are known to or are suspected of having some serious side effects in some people.

That’s the price we have to pay. Unless, that is, we follow a low-carb diet or have last resort bariatric surgery or go on a starvation diet.

When we cut back on carbohydrates we can break our addictions to food. Sugar has been a suspected drug ever since William Dufty wrote Sugar Blues in 1975. We now know that other carbohydrates, particularly wheat and other grains, are also addicting. Being addicted is being in a form of slavery, and we gain our freedom on a low-carb diet.

I know from my own experience of following a low-carb diet continuously since 2007 that it makes me feel better than ever. But fortunately you don’t have to believe any diet advice that you haven’t tested yourselves. When you give low-carb eating a chance, you will not only feel better but you will also manage your metabolism and your weight better than ever. With better blood sugar your doctor will be glad to stop prescribing diabetes pills. You will be free at last.

For years the experts have endangered our health. But that’s not unusual.

“My health. I came to Casablanca for the waters.”

“The waters? What waters? We’re in the desert.”

We too were misinformed.

If Pesticides Cause Diabetes, Will Organics Help Us?

Healthy Eggs for People with Diabetes

Does Caffeine Cause Blood Sugar Changes?